Check out the new trailer for Guardians of the Galaxy Vol. 2 – again directed by James Gunn – below, along with a new one sheet for the film. 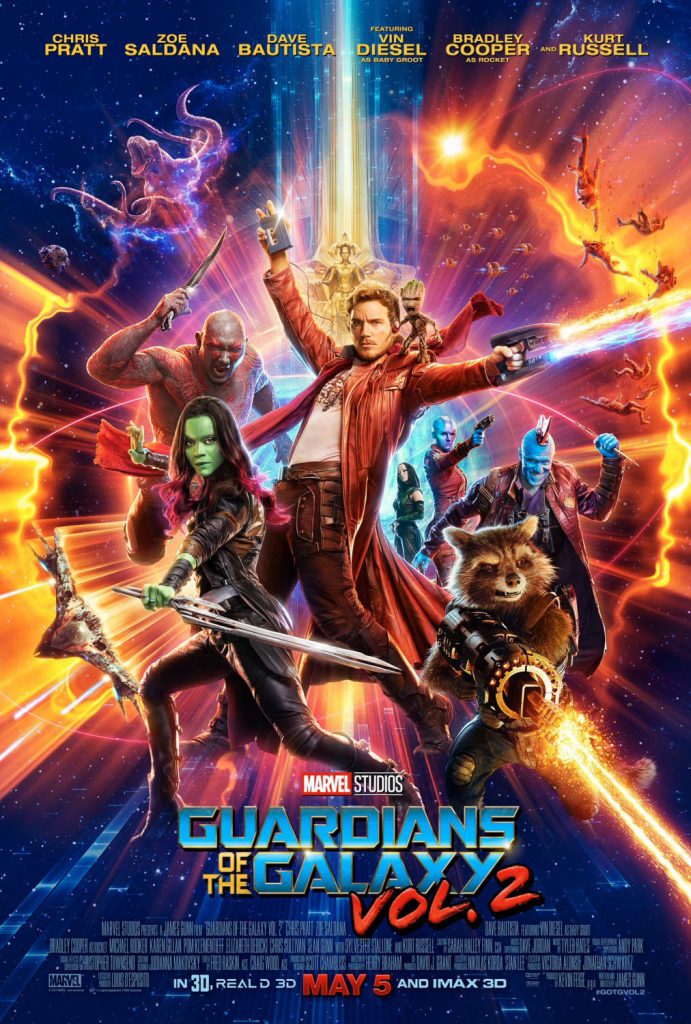