Paramount Pictures has revealed a new trailer for Star Trek Beyond, starring Idris Elba, Chris Pine, Simon Pegg, Zachary Quinto, Zoe Saldana, John Cho, Anton Yelchin and Karl Urban. Filmmaker Justin Lin from The Fast and the Furious franchise, takes creator Gene Roddenberry’s Star Trek in new directions. J.J. Abrams, who reintroduced the franchise to audiences in 2009, is producing the new film, which details an epic new voyage of the U.S.S. Enterprise and her intrepid crew. In “Beyond,” the Enterprise crew explores the furthest reaches of uncharted space, where they encounter a mysterious new enemy who puts them and everything the Federation stands for to the test.

Star Trek Beyond hits theaters on July 22nd, 2016. Check out the new trailer for the film, below. 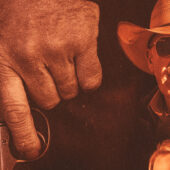