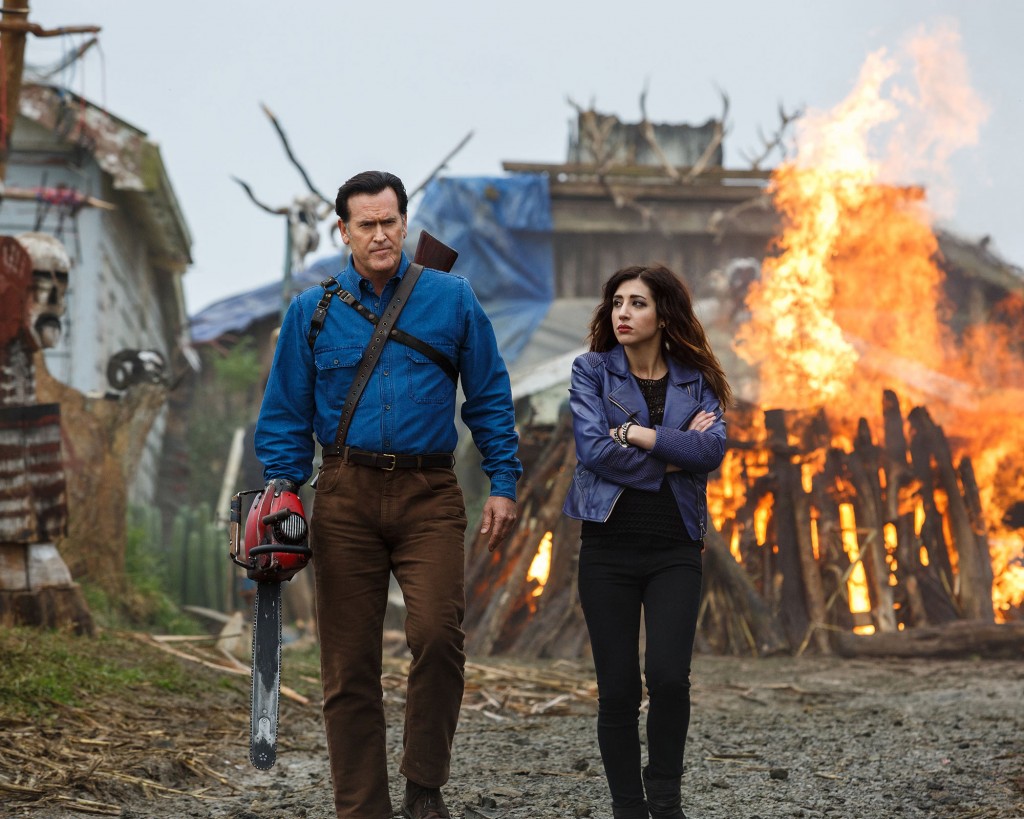 Due to growth of television programming at New York Comic Con, convention organizer ReedPOP has announced that it will for the first time expand panel content beyond the Javits Center to include a location devoted solely to the latest news, content and high-profile stars of today’s biggest television projects at the Hammerstein Ballroom on West 34th Street. On both Friday, October 9th and Saturday, October 10th, Cartoon Network, CBS TV Studios, USA Network and STARZ will have exclusive events at the storied Hammerstein Ballroom. Fans will have the ability to attend the Panels taking place at the Hammerstein Ballroom with their NYCC 2015 Badge from 11:30 AM – 6:00 PM on Friday, October 9 and from 10:00 AM – 5:30 PM Saturday, October 10. The Hammerstein Ballroom is located at 311 W 34th Street on the corner of 8th Ave. This announcement follows a slew of television entertainment featured at this year’s Show including an appearance by the cast of Pretty Little Liars and events with the casts of The X-Files, Gotham, Supergirl, Game of Thrones, The League, Sleepy Hollow, Marvel’s Agents of S.H.I.E.L.D., Marvel’s Agent Carter, Marvel’s Daredevil and Marvel’s Jessica Jones.

The blockbuster lineup at Hammerstein Ballroom includes the Cartoon Network, which will host a Panel featuring the minds behind Adventure Time. Additionally, CBS TV Studios will host Lucy Liu, Jonny Lee Miller and John Noble with Executive Producer and Creator Robert Doherty for a sneak peak of the upcoming season of Elementary and have the stars, Jake McDorman, Jennifer Carpenter and Showrunner Craig Sweeny of Limitless discuss their debut season. USA Network and Universal Cable Productions will have a Panel block at Hammerstein including a Q&A with the cast and creators of Mr. Robot and a cast Q&A and exclusive screening of Carlton Cuse and Ryan Condal’s highly anticipated Colony. Finally, STARZ will have a Panel with the filmmakers and cast of Ash vs Evil Dead including Executive Producer and Director Sam Raimi, Showrunner Craig DiGregorio, Executive Producer and star of the series, Bruce Campbell along with Lucy Lawless, Ray Santiago and Dana DeLorenzo to discuss their new series.

Below are specific details on the New York Comic Con 2015 television Panels taking place at the Hammerstein Ballroom, located at 311 West 34th Street.

Friday, October 9 – 11:30 AM – 1:00 PM
For years, Fans have asked for it, and the magical minds behind Adventure Time are finally unlocking the secrets behind one of Ooo’s most righteous and mysterious characters! This October, Cartoon Network presents a special 8-part story that explores the life of Marceline the Vampire Queen! New York Comic Con Fans will be the first to get a sneak peek of the exciting story before it airs, LIVE with the cast and crew, with plenty of time for questions from you! Talent: Olivia Olson (Marceline), Jeremy Shada (Finn), John DiMaggio (Jake), Adam Muto (Executive Producer, Adventure Time) and Rebecca Sugar (Lyricist/composer Adventure Time; Creator, Steven Universe)

Saturday, October 10 – 10:00 – 11:00 AM
Location: Ash’s Trailer at the Inner Roadway (near Javit’s Center)
There will be a raffle for 100 attendees to win autograph signing passes. Attendees can stop by the trailer on Thursday and Friday for their chance to win.