The event takes place on the next full moon, coinciding with New York Comic-Con’s first annual New York Super Week. You can be one of the first to see David Hayter’s Wolves at the exclusive fan event, which will be followed by a Q&A with the filmmaker.

Follow @BewareWolves on Twitter to find out how you and a guest can win passes to this special event. In order to attend, you must be 17 or older as Wolves is rated R for bloody violence throughout and some sexuality.

Popular high school student Cayden Richards wakes from a horrific nightmare, only to realize that he’s living it… He is changing into something vicious, unpredictable and wild. Forced to hit the road after the brutal murder of his parents, Cayden tries to hunt down the truth of what he is. In the remote, mountain town of Lupine Ridge, he discovers others like him — Including the beautiful Angelina, a young woman caught between two ancient clans of “wolves”. And when he finally discovers the shocking truth behind his ancestry, Cayden realizes there is only one way to save the woman he loves… a grisly fight to the death against forces more savage than he could have ever imagined.

Wolves arrives on VOD October 16th and then in select theaters on November 14th. Check out the trailer and poster, below. 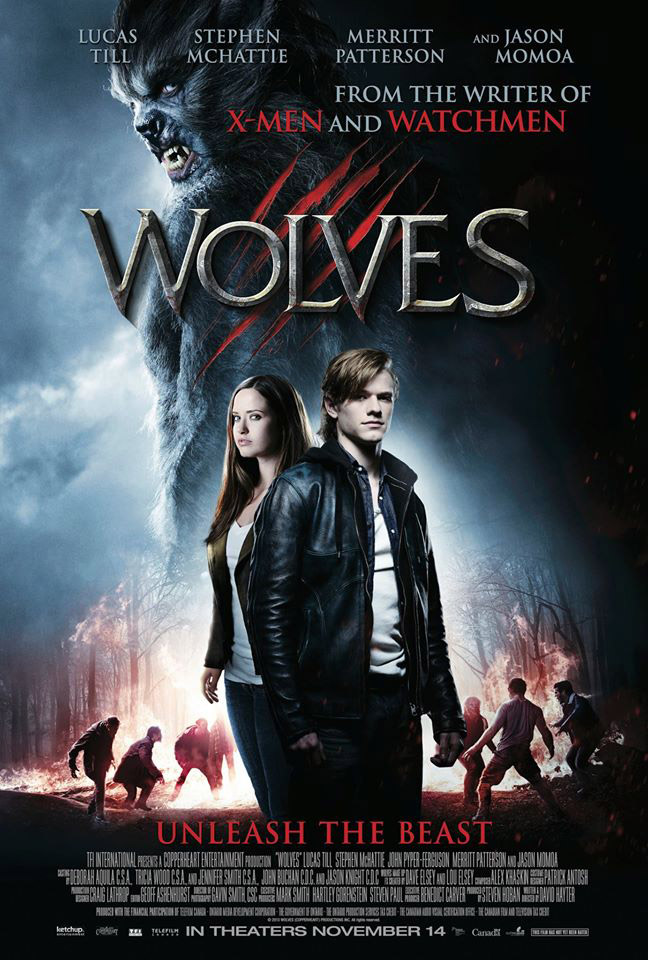