Academy Award winner Penélope Cruz (Vicky Cristina Barcelona, Volver) and Emile Hirsch (Into The Wild, Killer Joe) star in Twice Born, an epic family mystery that transforms into a portrait of love, loyalty and the unbreakable bonds of motherhood in a time of war. Director Sergio Castellitto’s Twice Born arrives February 25th on DVD and Digital Download from Entertainment One. To celebrate the home entertainment release of Twice Born, Film Fetish is giving away 2 copies of the DVD version to readers.

In order to have a chance to win a free copy of Twice Born on DVD:

“LIKE” this posting using the Facebook button above the text ON THIS PAGE, PLUS make sure you’ve “LIKED” our Facebook page at Facebook.com/filmfetish. Lastly, post the following on our Facebook Timeline: “I just entered the Twice Born Free DVD Contest @filmfetish #filmfetish #twiceborn.” Your entries will not be accepted if you do not follow these instructions and please note that we check profiles to assure fairness. Do not create multiple Facebook profiles or “contest” profiles in order to enter our contests.

Academy Award winner Penélope Cruz and Emile Hirsh star in Twice Born, an epic family mystery that becomes a moving portrait of love, loyalty and the unbreakable bonds of motherhood in a time of war. The 2013 U.S. Theatrical release from Director Sergio Castellito (Don’t Move) arrives on DVD and Digital Download on February 25th from Entertainment One.

Based on the runaway European bestseller by Margaret Mazzantini, Twice Born begins as the Italian professor Gemma (Cruz) heads off on a summer vacation to the battle-scarred city of Sarajevo with her discontented teenaged son Pietro. She longs to show him the country where she fell passionately in love with his father, Diego (Hirsh) – but she is about to discover a long-hidden secret, one that will reveal far more to their knotted past than even her haunted memories can disclose.

Years before, when she herself was still a student, Gemma traveled to a very different Sarajevo, an electric, youthful city in the midst of the triumphant 1984 Winter Olympics. It was then that she began a heated love affair with the young American photographer Diego, drawn to his intense zest for life and art. For a time, she was compelled only by the all-consuming desire to start a family with him; but that desire would soon be complicated by her struggles to conceive, and her hopes of becoming a mother would in turn be interrupted by the coming of the brutal Balkan war and the longest violent siege of a city in modern history. In a series of transforming events, Gemma would finally make it back to Italy – but alone with an infant son who has never known the story of who he is or how he was born.

Roaming Sarajevo for the first time in 18 years, an unnerved Gemma at last begins to uncover the hidden truth of both the terrifying incidents and the remarkable acts of generosity that brought her and Pietro together – and now to a crossroads. In the face of a mother’s ultimate moral dilemma, she finds the redemptive power of love in this poignant and powerful film, also starring Jane Birkin (La Belle Noiseuse, Death on the Nile), which Roger Moore of McClatchey Tribune calls “an old-fashioned war romance…packed with third-act surprises”.

Bonus features on the Twice Born disc include a series of interviews with the film’s cast and crew. 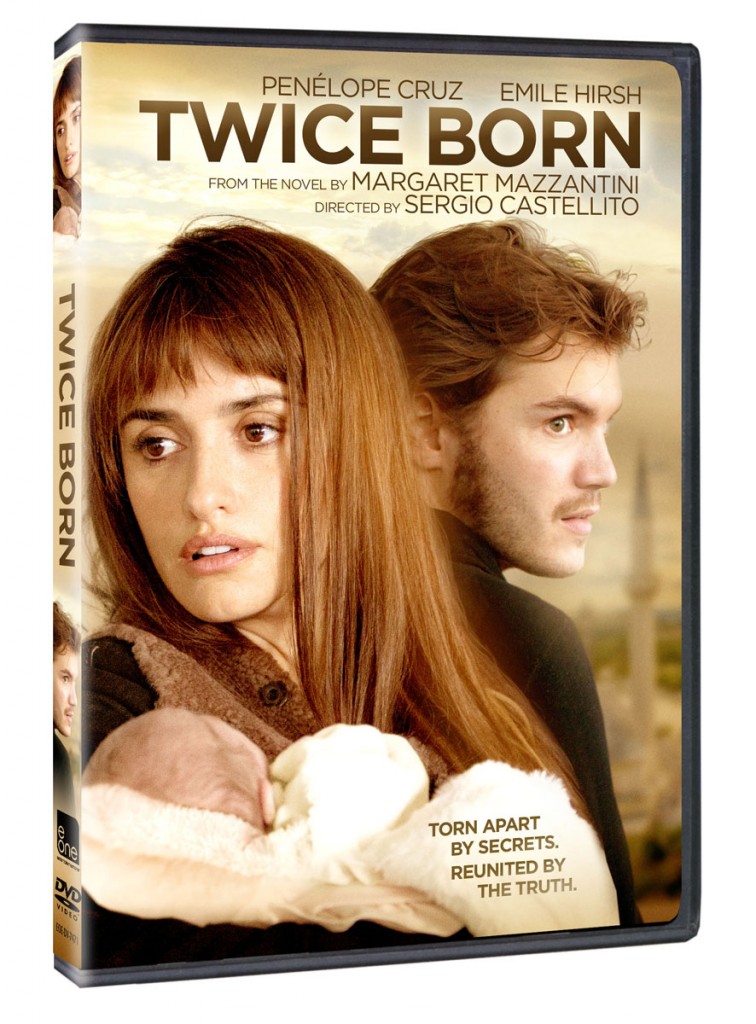