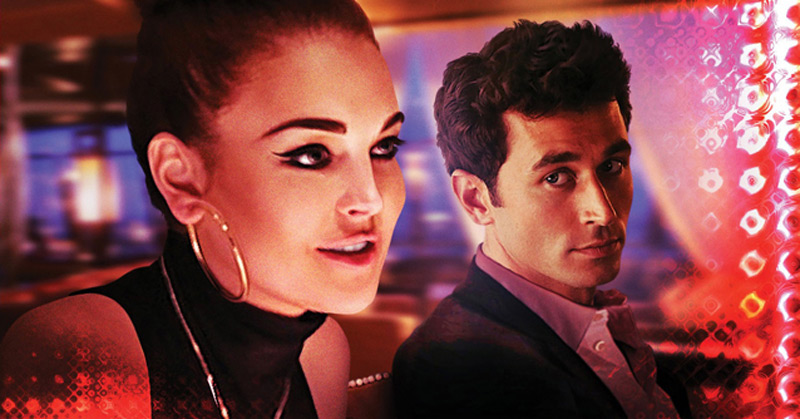 Lindsay Lohan makes her daring return to the screen in Paul Schrader’s thriller The Canyons, set in the dark underbelly of Hollywood. Sex, deception and murder Are the leading players in the new movie from the creators of Taxi Driver and American Psycho, coming to Blu-ray and DVD in both ‘Theatrical’ and ‘Unrated Director’s Cut Editions’ on November 26th, 2013.

To celebrate the release of The Canyons, Film Fetish is giving away 2 copies of the film on Blu-ray. In order to have a chance to win a free copy of The Canyons:

“LIKE” this posting using the Facebook button above the text ON THIS PAGE, PLUS make sure you’ve “LIKED” our Facebook page at Facebook.com/filmfetish. Lastly, post the following on our Facebook Timeline: “I just entered the The Canyons Blu-ray Contest @filmfetish #filmfetish.” Your entries will not be accepted if you do not follow these instructions and please note that we check profiles to assure fairness. So please do not create multiple profiles or “contest” profiles in order to enter.

I’ll be running The Canyons contest through Friday, December 13th, 2013.

Director Paul Schrader (writer of Raging Bull and Taxi Driver, director of Hardcore, American Gigolo and Cat People) and screenwriter Bret Easton Ellis (author of American Psycho) team up for The Canyons, a searing indictment of Hollywood culture and the year’s most controversial film. Starring an acclaimed Lindsay Lohan in her first big-screen starring role in six years, the sexually charged thriller arrives on homevideo from IFC Films on November 26, 2013. The film will be available on DVD and Blu-ray in its R-rated theatrical version, with the Unrated Director’s Cut on Blu-ray.

Arrogant young trust-fund baby Christian (adult-film star James Deen) is working on financing a horror film simply to keep his dad off his back. His girlfriend Tara (Lindsay Lohan, Mean Girls, Liz & Dick, Machete, Georgia Rule) is helping him with casting, and his producer, Gina (Amanda Brooks, Happy Hour) is trying to get her struggling actor boyfriend Ryan (Nolan Funk, Awkward) the lead role. Christian is also fond of inviting strangers into his home for threesomes or foursomes with the very willing Tara – and captures all the action on his smartphone.

But unbeknownst to Christian and Gina, Ryan and Tara were once a couple, and as soon as the two meet again at an audition, their romance is rekindled. When Christian discovers that Tara has been having an affair, he begins to play a series of cruelly escalating mind games with both Ryan and Tara, leading to an act of violence from which there can be no redemption.

Featuring fearless and unprecedented performances from its young cast and coolly beautiful cinematography that captures the tarnished edge of Tinseltown like no film since Mulholland Drive, The Canyons is a thought-provoking examination of privilege run amok.

Owen Gleiberman of Entertainment Weekly said, “[Schrader he scores with Lohan, who taps a vulnerability beneath her dissolution to remind you why she’s still a movie star.” Jennie Kermode of Eye for Film praised: “The Canyons isn’t a sex film, it’s a film about sex, and about our cinematic expectations of sex; this is a world in which the thrill of the act has been lost because everything has become pornography.” And Stephanie Zacharak of The Village Voice said: “People who don’t understand movies often speak of them as escapism, a kind of passive fantasy. Lohan’s performance, so naked in all ways, is the ultimate retort to that kind of idiocy: To watch it is to live in the moment.” 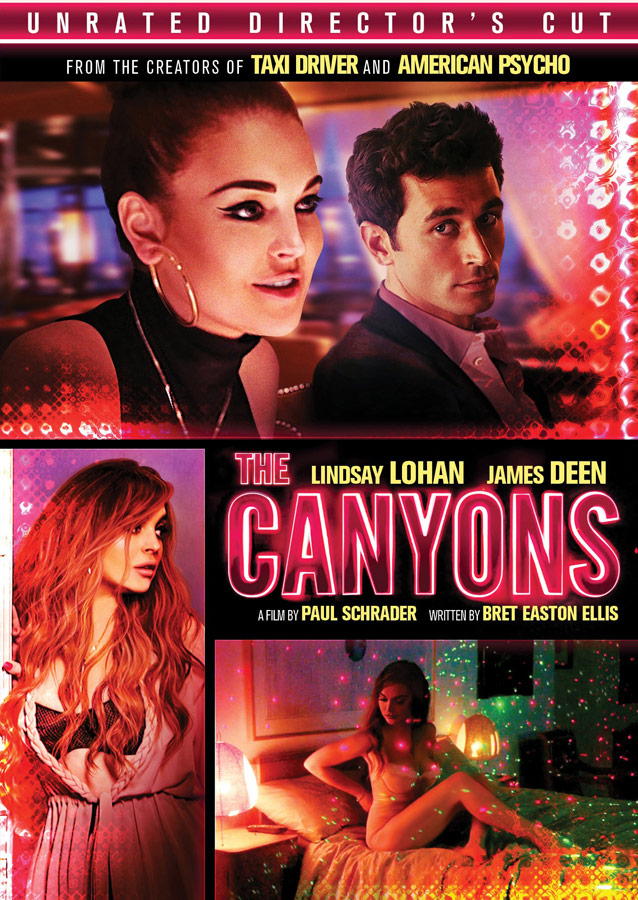