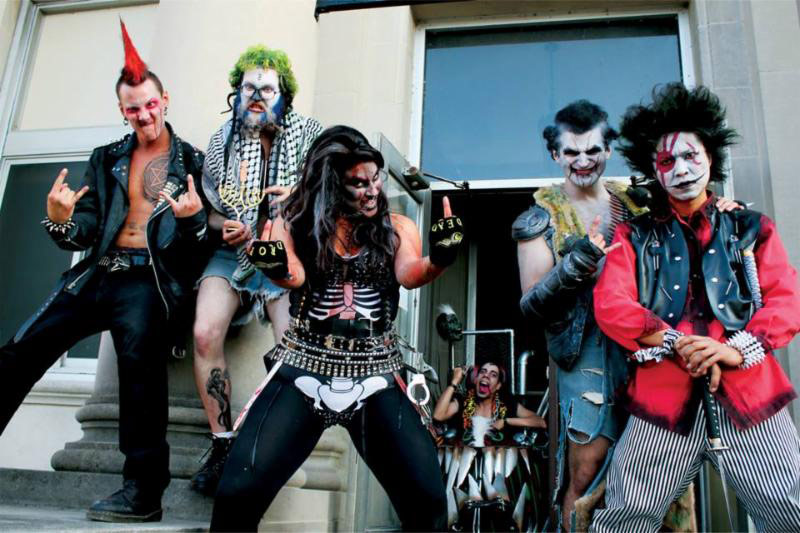 Troma Entertainment has announced that co-founder Lloyd Kaufman will be screening five minutes from Kaufman’s Return to Nuke ‘Em High: Volume 2 at the 2013 edition of New York Comic-Con. The screening will take place at the Troma Booth, #426, starting at 2:00 pm on Saturday, October 12th, featuring a special introduction from The Toxic Avenger creator himself, Lloyd Kaufman.

In addition to the sneak preview, Kaufman will sign autographs alongside Toxie and the world-famous Tromettes. Troma DVDs, Blu-Rays, t-shirts, and much more will also be available. Lloyd Kaufman does not charge for pictures or autographs.

Quentin Tarantino has been a fan and friend of Troma for years and when he made Kill Bill in two volumes to create an “Event Film,” Lloyd Kaufman took note.

“Michael Herz and I decided that to mark Troma’s upcoming 40th year we, too, would produce an ‘Event Film’ in two volumes just like Quentin did,” says Kaufman, “except slightly less lavish in the budget department.”

Return to Nuke ‘Em High: Volumes 1 & 2, directed by Lloyd Kaufman, is described as a sci-fi “Event Film” with themes ripped straight from today’s headlines: the contamination and degradation of the world’s food supply, rampant bullying, LGBTQ love triumphing over prejudice, and violence. The film, a revisiting of Troma’s 1986 Class of Nuke ‘Em High, is in the same vein as cult classics such as Class of 1984, Rock ‘n’ Roll High School, and Carrie, but seen through the unique vision of Lloyd Kaufman and the Troma Team.

Welcome to Tromaville High School where, unfortunately, the glee club has mutated into a vicious gang of Cretins. Chrissy and Lauren, two innocent lesbian lovers, must fight not only the Cretins, mutants and monsters, but also the evil Tromorganic Foodstuffs conglomerate. Can they and Kevin the Wonder Duck save Tromaville High School and the world?