AICN reports that Spike Lee’s upcoming remake of Chan-wook Park’s Oldboy has been pushed back from it’s original release date of October 11th to October 25th, 2013. Spike Lee’s version reportedly closely follows the plot of the original film, but extends the lead’s imprisonment from 15 years to 20, and is apparently extremely intense for a Hollywood remake of such a violent film (no word on if the lead character will be eating live squid). The 2003 Chan-wook Park original was based on a manga comic book by Nobuaki Minegishi.

In the film, an advertising executive is kidnapped and held hostage for 20 years in solitary confinement. When he is inexplicably released, he embarks on an obsessive mission to discover who orchestrated his punishment, only to find he is still trapped in a web of conspiracy and torment. The cast of Oldboy includes Samuel L. Jackson, Josh Brolin, Elizabeth Olsen, Sharlto Copley, Lance Reddick, Michael Imperioli, Rami Malek, Hannah Ware, James Ransone, Max Casella, Michael J. Burg, Grey Damon, Richard Portnow, Ilfenesh Hadera and Linda Emond. 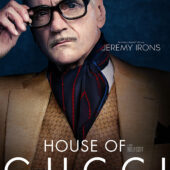