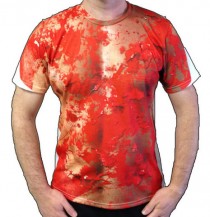 To celebrate the release, Doppelganger Releasing is some cool gear, including a Bloody T-Shirt, an Eddie Hat and a digital download of the film. In order to be eligible for a chance to win, just make sure you have “LIKED” us on Facebook and “Follow Us” on Twitter. If you do both, you’re automatically on the list for a possible prize!

Three winners will receive an Eddie Cap, a Tee-shirt and an iTunes digital download of Eddie (which will be available after April 5th).

More about Eddie: The Sleepwalking Cannibal

Thure Lindhardt (Keep the Lights On) stars in this quirky horror-comedy as Lars, a former darling of the art scene now slipping away into the land of has-beens and struggling with lack of inspiration. 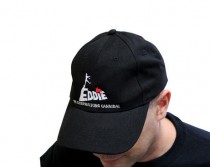 When Lars’s art dealer Ronny arranges a teaching job in a small town as a “therapeutic measure” to stir up his creative juices, things don’t quite turn out as planned. At first, life in the peaceful small town seems rosy, as he settles in and impresses beautiful fellow colleague Leslie (Georgina Reilly) by taking in the brawny, mute Eddie (Dylan Smith) after the latter’s caregiver passes away. But Lars soon discovers that the façade of serenity hides something unimaginable: Eddie suffers from a rare form of sleepwalking that transforms him from a docile, cereal-obsessed art student into a ravenous sleepwalking cannibal. Initially horrified by Eddie’s dark secret, Lars becomes enthralled by the not-so-gentle giant. Exceptional art comes at a very high price…and how far is Lars willing to go for his next masterpiece?

Eddie: The Sleepwalking Cannibal is described as a fresh, clever satire about artistic inspiration that pushes boundaries with its unique blend of offbeat humor, twisted friendships, sweet-hearted romance, and the gory realities of sleepwalking cannibalism.

Check out the trailer and poster for Eddie: The Sleepwalking Cannibal, below. 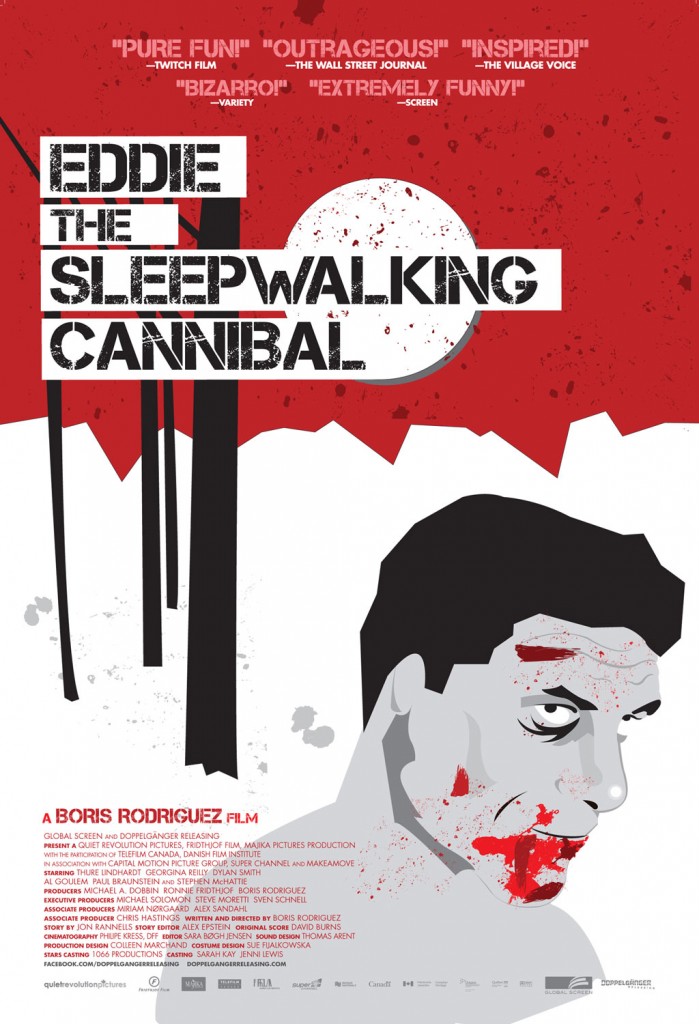 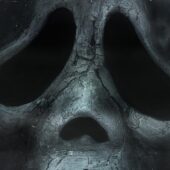