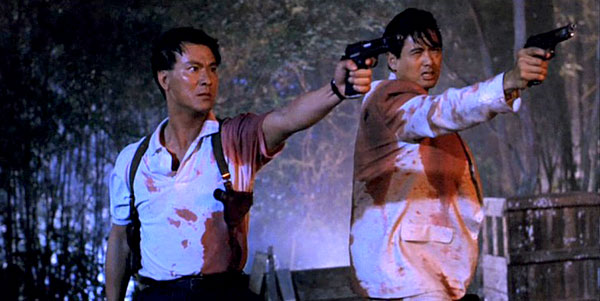 The Killer remake is set in contemporary Los Angeles and will be directed by John H. Lee from a screenplay by Josh Campbell. The storyline follows the original, where a contract killer falls in love with a female singer that’s been blinded by one of his bullets, during an assassination contract. While the new project is set in the U.S., it will maintain an Asian-starring cast, including South Korea’s Jung Woo-sung and Sarah Li in the role of the blind singer.

In the original Hong Kong-set film, Chow Yun-Fat played the titular “killer” Ah Jong and Danny Lee was Inspector Li Ying, a cop bent on tracking down the gun for hire. Sally Yeh played the blind singer. Production on The Killer is expected to begin in the fall, shooting in Toronto. Bruno Wu will executive produce, with Lion Rock’s John Woo and Terence Chang producing.

Check out the trailer from the original The Killer, below.

Here is another scene from The Killer.