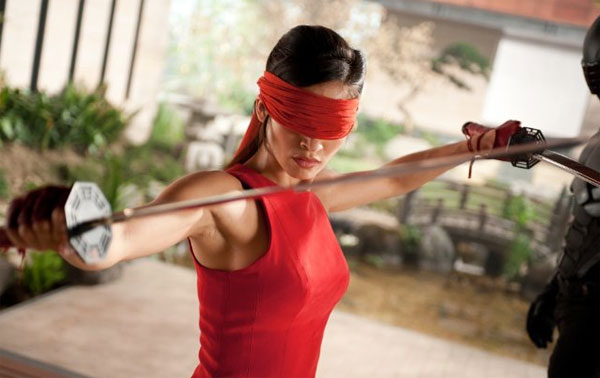 THR reports that Paramount is pushing G.I Joe: Retaliation from its planned June 29th release date, to 2013, setting a new date of March 29th, 2013. The studio has also decided to convert the big budget sequel into 3D format, according to the report.

Apparently this is all about money. Paramount financed 50 percent of G.I Joe: Retaliation, while MGM put up 25 percent, and David Ellison’s Skydance Productions make up the other 25 percent. A 3D conversion needs to happen in order to be able to charge that premium ticket cost, and they apparently want to make sure the conversion is done right.

The G.I Joe franchise is also based on a Hasbro toy line, and the disappointing $25.5 million opening weekend for Universal Picture’s Battleship couldn’t have helped either. G.I. Joe: The Rise of Cobra grossed $300 million worldwide in 2009. But according to THR’s report, the high cost of studio tentpole movies now requires releases of this type to gross even more.