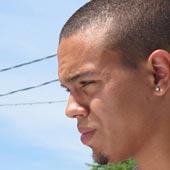 The crime thriller 96 Minutes tells the spellbinding story of a carjacking and four kids caught in the hair-raising chaos of one night. The story builds to a thrilling climax as it intercuts between the car and the beginning of that day, following the separate stories of each kid – where they come from, who they are, and how they all ended up in one car on this fateful night. With incredible performances by a young cast, this riveting moral tale touches on the issues of race, class, friendship and our connections to our past. Not all of them are innocent, not all of them survive, but in these 96 minutes the choices they each make will change their lives forever.

Check out the official poster and the latest trailer for 96 Minutes, below.