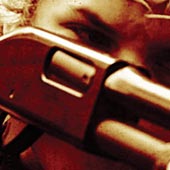 Anchor Bay Films will release of The Aggression Scale on Blu-ray and DVD, May 29, 2012. Coming off a successful midnight screening at the 2012 SXSW Film Festival, The Aggression Scale is described as a unique take on the home invasion thriller with two teenagers confronting some heavily armed bad guys who are looking for stolen cash, leading to a bloody battle of wits and will. Directed by Steven C. Miller (Scream of the Banshee), the film stars, Dana Ashbrook (Twin Peaks), Derek Mears (Friday the 13th, Pirates of the Caribbean: On Stranger Tides) and Ray Wise (Twin Peaks, Reaper).

When out-on-bail mob boss Bellavance (Wise) discovers that $500,000 of his money is missing, he sends four hardcore hit men (including Ashbrook and Mears) to send a “loud and messy” message to the suspected thieves’ families. But when the killers invade the Rutledge home, they’ll meet the household’s emotionally disturbed young son Owen (Ryan Hartwig). Owen has a history of violent behavior, knows how to make lethal booby-traps and is about to teach these thugs some deadly lessons in extreme vengeance. Fabianne Therese co-stars in the savage thriller.

Webster’s dictionary defines The Aggression Scale as the frequency of overt aggressive behaviors in children that may result in physical or psychological injury to others, but The Aggression Scale here isn’t scientific. It’s a visceral reaction from two unusual teenagers whose most vicious instincts are unleashed in order to protect themselves and their home. Disturbing, dark and unforgettable, The Aggression Scale is a pulse-pounding ride that will leave you in a sweat.

Check out a trailer Blu-ray cover art, and photos for The Aggression Scale, below. 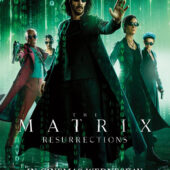 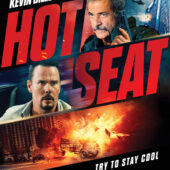