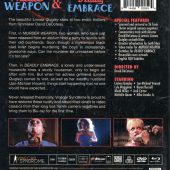 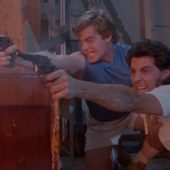 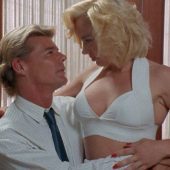 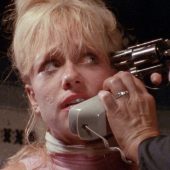 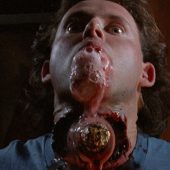 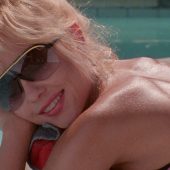 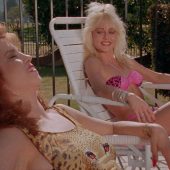 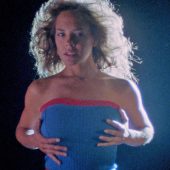 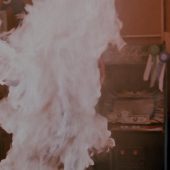 First, in MURDER WEAPON, two women, who have just been released from an asylum hold a party to reunite with their old boyfriends. Soon though a mysterious black clad killer begins murdering the boys in increasingly gruesome ways. Can the murderer be unmasked before it’s too late?

Then, in DEADLY EMBRACE, a lonely and under-sexed housewife hires a studly houseman, only to begin an affair with him. But when his actress girlfriend (Linnea Quigley) comes to visit, as well as her wealthy husband (Jan-Michael Vincent), things start happening that no one would have expected…

Never released theatrically, Vinegar Syndrome is proud to have restored these nudity and blood filled direct to video classics from their long lost 16mm camera negatives and bring them to Blu-ray for the first time.

DVD-BD Combo SetSKU: 170206-62813-1
UPC: 814456020594
Weight: 0.15 lbs
Condition: Brand New - The item has never been opened and is still in the manufacturer’s packaging. See the description and photos for full details on any imperfections. See Details section and photos for specifics on item condition.
#