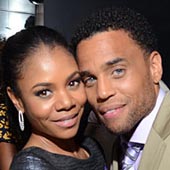 Yesterday, Atlanta celebrated the movie Think Like a Man, as the cast of Screen Gems’ upcoming romantic comedy hit the city for a full day of promotional activities.

After a batch of morning radio interviews, Kevin Hart, Gabrielle Union, Regina Hall, Terrence J, Romany Malco and La La Anthony headed over to Clark-Atlanta University for a stop at WCLK 91.9 and then a press conference with numerous AUC (Atlanta University Center) campus media. The cast then visited Morehouse University, where Think Like a Man director Tim Story and Rainforest Films producer Will Packer joined them for a lively pep rally featuring giveaways, a dance contest, a Greek stroll and a Q&A.

Think Like a Man centers on four friends who conspire to turn the tables on their women, after discovering the ladies have been using Steve Harvey’s relationship advice against them.

Think Like a Man hits theaters on April 20, 2012. Check out a gallery from the day’s activities, below. 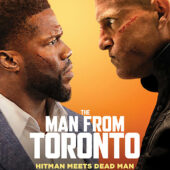