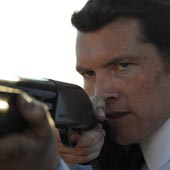 Inspired by the string of real-life unsolved murders in a small Texan town, the suspense thriller follows a local homicide detective named Mike Souder (Sam Worthington), and his partner Brian Heigh, a transplanted cop from New York City (Jeffrey Dean Morgan) as they track a sadistic serial killer who’s dumping his female victims’ mutilated bodies in a nearby marsh dubbed “The Killing Fields.” Souder is a determined Texas native, who wants results no matter the course of action. Heigh has a mysterious history, and he’s taken on a fatherly role to a young local named Anne (Chloe Grace Moretz), who lives a distressed life with her disreputable mother Lucie (Sheryl Lee). As the body count increases, Souder’s ex-wife, Detective Pam Stall (Jessica Chastain), urges Souder and Heigh to help the investigation, which causes friction between the two, with only one in support of the idea. But with suspects identified and new potential victims found, the two detectives try to come together to crack the case.

The killer turns the tables and starts hunting the detectives, teasing them with possible clues at crime scenes while always remaining one step ahead. Texas Killing Fields has tons of potential, is well shot, and firmly pieced together, but never quite gels to create a truly entertaining crime thriller that the viewer can sink their teeth into.

The only bonus material on the Texas Killing Fields Blu-ray is a high-definition version of the film trailer and an audio commentary track with Director Ami Canaan Mann and Writer Donald F. Ferrarone.

Check out a gallery of images, the trailer and clips from Texas Killing Fields, below.

As Good As Gone

God’s Too Busy For Me 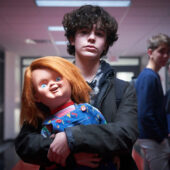