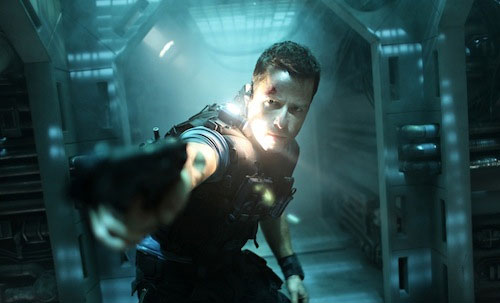 Open Road Films has revealed the new full-length trailer for Lockout, the sci-fi action thriller from the producers of Taken. As with Taken, Lockout tells the tale of a former government operative (this time played by Guy Pearce, since Liam Neeson is currently battling vicious wolves in The Grey) out to rescue a daughter, only this time it’s the President’s. Taken’s Maggie Grace returns to play the daughter.

In Lockout, a falsely convicted former government agent (Guy Pearce) has been wrongfully convicted of conspiracy to commit espionage against the U.S. His one chance at obtaining freedom lies in the dangerous mission of rescuing the President’s daughter (Maggie Grace) from rioting convicts at an outer space maximum security prison. Escape From New York in space.

Check out the Lockout trailer, below.