This image of Karl Urban as Dredd in the new Lionsgate adaptation of the comic character, originally appeared in Total Film.

I’m sure everyone is as fearful as I am about the film, since Lionsgate doesn’t have a great track record with comic adaptations, and of course the 1995 Stallone version of Judge Dredd, which didn’t really work.

Dredd is set in a violent, futuristic city where the police have the authority to act as judge, jury and executioner. A cop (Karl Urban) teams up with a trainee to take down a gang that deals in the reality-altering drug SLO-MO. 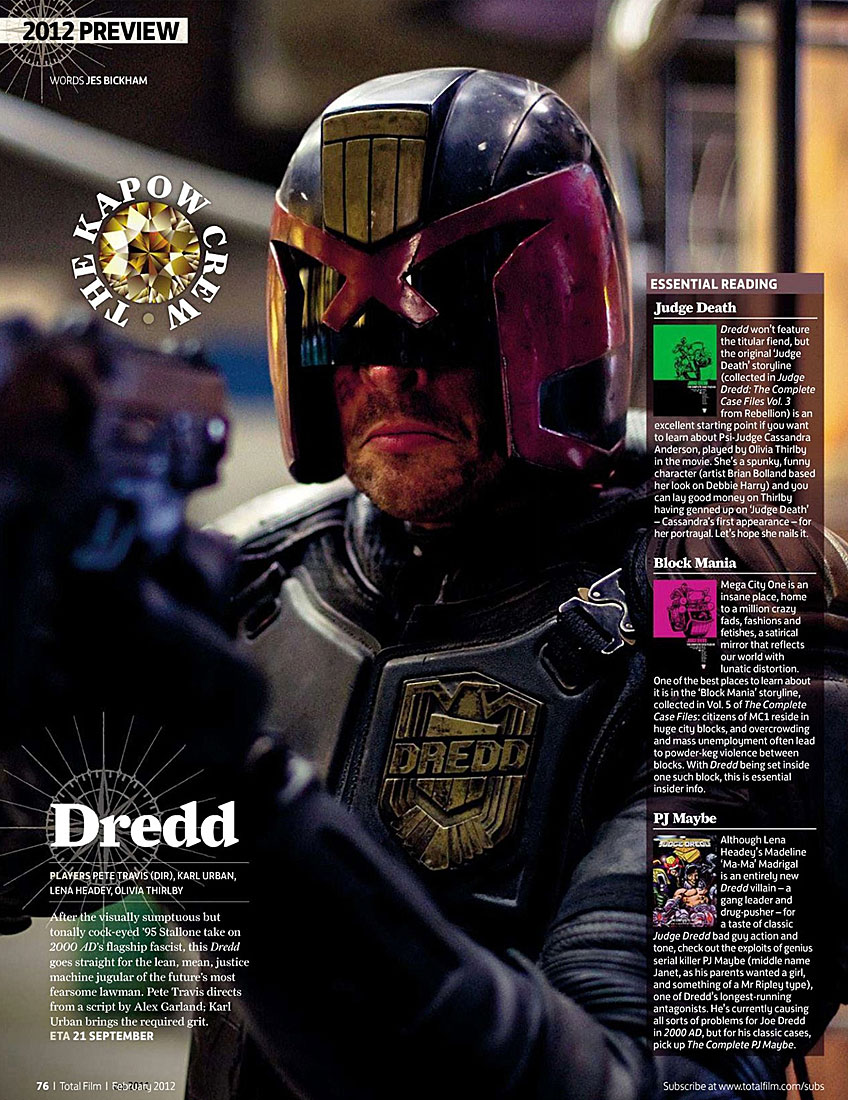