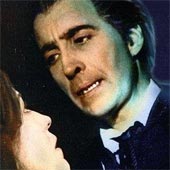 Legendary cult horror studio Hammer has announced a massive restoration project for its library of films. In partnership with Studiocanal, Pinewood, Anolis Entertainment and other film distributors, more than 30 films will be revamped in high-definition for Blu-ray and other new media formats. Hammer’s original U.S. production partners, 20th Century Fox, Warner Bros and Paramount, will also take part in the project. The first title to be released is the 1966 Christopher Lee starring Dracula: Prince Of Darkness, which will be released starting March, in the UK. Other titles on track to be released this year include The Reptile and The Plague of The Zombies, The Devil Rides Out, Rasputin the Mad Monk and The Mummy’s Shroud.

Hammer will also release definitive versions of its three hugely influential original Gothic classics in the UK: The Curse of Frankenstein, Dracula and The Mummy. As well as featuring a fully-restored HD picture and restored sound, the remastered films will boast a host of newly-filmed extras, including interviews with cast members. These documentary extras are being produced by Hammer expert and historian, Marcus Hearn, author of the recent book The Hammer Vault.

Hammer Studios was founded in 1934 and went on to make such iconic horror and action titles as The Plague Of The Zombies, The Mummy, Frankenstein Created Woman and The Witches. After ceasing production in the 1980s, Hammer returned to features in 2010 with Matt Reeves’ adaptation of the Swedish vampire thriller Let Me In. This year, the studio will release the James Watkins film The Woman In Black starring Daniel Radcliffe, which hits U.S. theaters on February 3, 2012.

19 January 2012: In a landmark collaboration, Hammer today announced that STUDIOCANAL, Anolis Entertainment (Germany), Pinewood, illuminate Hollywood fka HTV and others are coming together to undertake a major restoration of the iconic Hammer film library. The project will bring over 30 movies into HD format for Blu-ray and new media exploitation in the 21st Century. This represents substantial investment by Hammer and its key partner STUDIOCANAL, and is testimony to the extraordinary regard with which the Hammer legacy is held internationally, with some materials for the project being provided by Hammer’s original US production partners Twentieth Century Fox, Warner Bros. and Paramount Pictures. 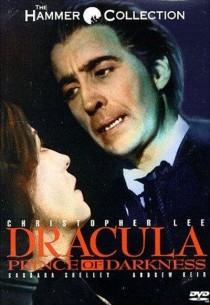 Dracula Prince of Darkness is the first title scheduled for release in the global restoration project and will be released in the UK in conjunction with STUDIOCANAL in March 2012. The partnership continues throughout the spring for the releases of The Reptile and The Plague of The Zombies, and will also include The Devil Rides Out, Rasputin the Mad Monk and The Mummy’s Shroud during the course of the year.

Hammer will also release definitive versions of its three hugely-influential original Gothic classics in the UK: The Curse of Frankenstein, Dracula and The Mummy. As well as featuring a fully-restored HD picture and restored sound, the remastered films will boast a host of newly-filmed extras, including interviews with cast members. These documentary extras are being produced by Hammer expert and historian, Marcus Hearn – author of the recent “The Hammer Vault“.

Pinewood Studios carried out the restoration of the first three Studiocanal titles after housing the original negatives for the films, restoring the original UK title sequence to The Plague of The Zombies as well as the UK title cards to Dracula Prince of Darkness.

Following the discovery and restoration of the Japanese footage to Dracula, Hammer is keen to unearth further “lost” scenes and on-set footage from The Curse of Frankenstein, The Mummy and other titles in their library, and hope that any private collectors with viable unseen elements will contact the company.

In addition, Hammer will regularly be posting to a Restoration Blog, which will give a unique insider’s view on the entire process, from material selection right the way through to release. The blog can be followed at: blog.hammerfilms.com

Other companies involved in the restoration project include Warner Bros. Motion Picture Imaging and Thought Equity Motion in the U.S. and Cineimage and Deluxe 142 in the UK.

Simon Oakes, President and CEO of Hammer commented, “Our decision to restore some of Hammer’s most famous titles not only allows existing fans to experience the films again in high definition, but also encourages a new global audience to discover Hammer for the first time – especially as we get ready to release our next exciting new Hammer project The Woman in Black, starring Daniel Radcliffe. We have a busy year ahead but are confident that our Blu-ray plans will ensure that Hammer’s legacy will live on for generations to come.”

John Rodden, General Manager UK Home Entertainment for Studiocanal added, “The great Hammer films are uniquely stylish and ceaselessly entertaining. Like the vampires and other supernatural forces they depict, they appear to be deathless, re-emerging relentlessly to thrill and terrify new generations of film fans. STUDIOCANAL is immensely proud to continue its investment in the best of British cinema both past and present by restoring and re-releasing these films.”