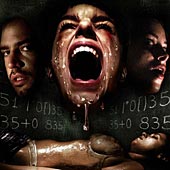 Dark Sky Films and MPI Media Group have unleashed the horror thriller Cold Sweat onto an unsuspecting public today, a film that’s been described as a highly volatile mix of the 1953 classic The Wages of Fear and torture porn tropes, with an uncomfortable grounding in political reality (Anton Bitel, Sight and Sound). To celebrate the DVD release of the film, FilmFetish is having a Cold Sweat of our own, and we’re giving away five copies of the movie on DVD, which is filled with great extras, including a poster gallery, a behind the scenes featurette, director’s commentary and much more.

In order to be entered the random Cold Sweat drawing:

I’ll be running the Cold Sweat contest through Friday, February 10, 2012.

Barely 30 years old, writer-director Adrián García Bogliano has more than a dozen horror features and short films under his belt, and he tops himself in Cold Sweat, a pulse-pounding horror thriller whose title aptly describes what it produces in audiences. A sensation at the 2011 SXSW festival, it will chill the bones of home viewers when it arrives on DVD on January 17, 2012, from Dark Sky Films and MPI Media Group.

With films like 36 Steps, I’ll Never Die Alone, Watch ’em Die and Rooms for Tourists, Adrián García Bogliano has quickly established himself as a master whose work transcends the limits of horror and suspense – even garnering a Critic’s Choice notice in The New York Times. Cold Sweat may be his most effective effort to date.

When Roman’s girlfriend Jackie disappears, he expects to find her in the arms of another man. And, with the help of a friend, find her he does – but there is no lover on the scene, only a pair of demented old men keeping her locked away in the basement of their crumbling mansion. Armed with wild-eyed, reactionary political ideals and case after case of decades-old and highly unstable explosives, the villainous duo are conducting illicit experiments on a string of young women lured to their home via the Internet. With Jackie doused in nitroglycerine, her every step toward escape is fraught with the possibility of sudden death. If Roman cannot free his young love, she is likely to end up in pieces.

A delirious, old-school horror picture with the most memorable villains in years at its core, Cold Sweat was a huge hit at the SXSW festival thanks to its creator’s wild imagination and sense of showmanship. Loaded with memorable characters and stylish action, it’s a shocker that never fails to entertain.

Special Features on the DVD include:

Check out the trailer for Cold Sweat below. 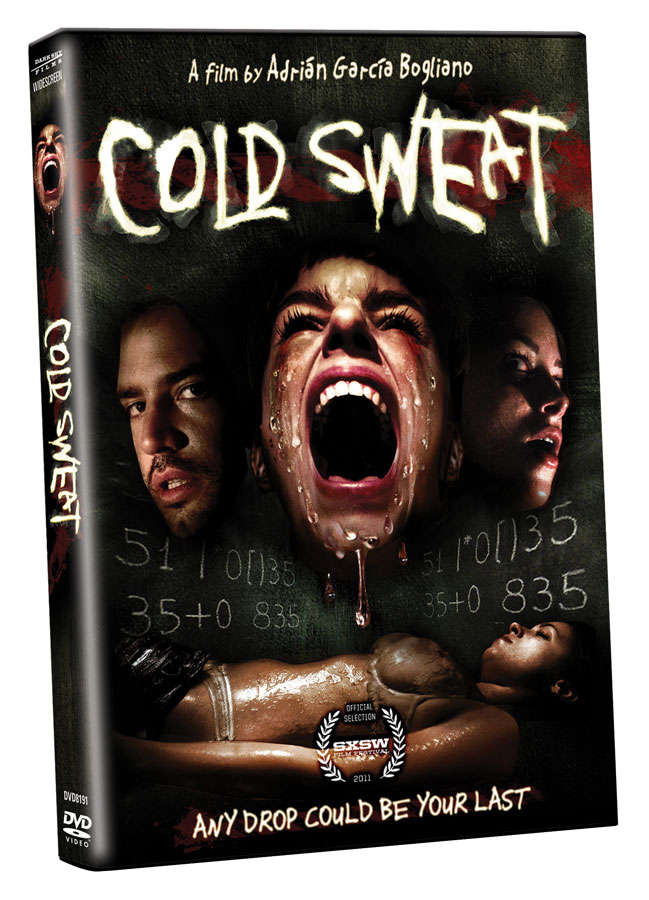