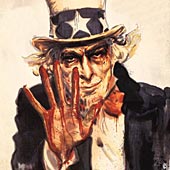 Crossing the border means crossing over to humanity’s dark side in Undocumented, the powerful and unsettling debut feature from filmmaker Chris Peckover. IFC Films has released Undocumented today on DVD, and to celebrate, FilmFetish is giving away 5 copies to readers.

In order to be entered the random Undocumented drawing:

I’ll be running the Undocumented contest through Friday, February 10, 2012.

Good intentions lead to a living nightmare when student filmmakers trying to document the struggle of illegal immigrants become the targets of a dangerous radical group in Undocumented, a startling debut feature coming to DVD from IFC Films.

There are estimates that more than a million people attempt to cross illegally from Mexico to the United States every year – some succeed, some don’t. In his riveting debut as writer-director, Chris Peckover reveals the horror faced by one unlucky group of border crossers. In the suspense-filled drama Undocumented, an aspiring documentary director Travis (Scott Mechlowicz, Mean Creek, EuroTrip) and his crew set out to record firsthand the injustices and inequities faced by those trying to make it into the U.S., but what they encounter is a horror worse than any they had imagined.

Check out trailers for Undocumented, below. 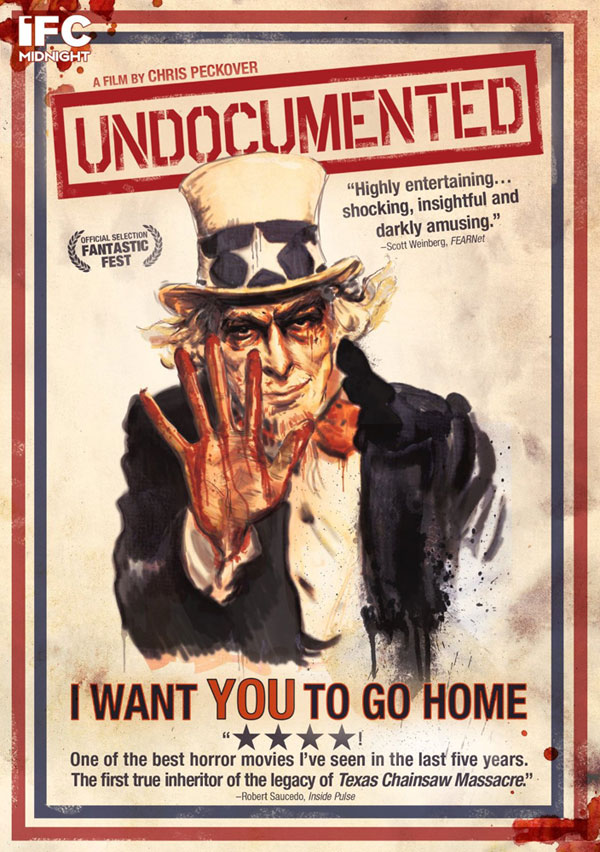