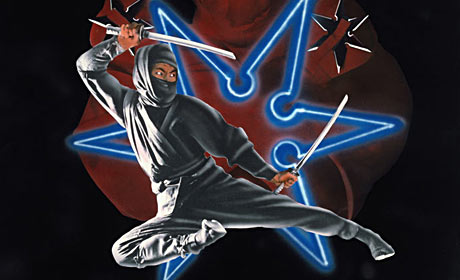 For the month of October, Fox’s “manufacturing on demand” program celebrates, among other things, how martial arts films first landed into the American mainstream, beginning in the 1960’s. Throughout the 60’s, a series of American-made films and television shows were released that highlighted the unique fighting skills from the East. Among those films was 1967’s Kill A Dragon, directed by Michael Moore. 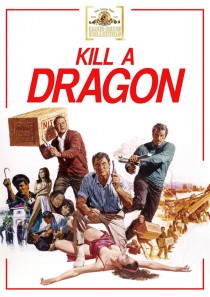 Kill A Dragon featured then action star Jack Palance, who leads a group of martial arts experts against an evil land-owner looking to blow up an island and its inhabitants. The film also starred Fernando Lamas, Don Knight and Aldo Ray, and showcases enough explosions, action and fun moments to satisfy retro cult film lovers, and an original trailer for the movie. The transfer quality however is just okay, highlighting the limitations of the On-Demand video release format.

Palance plays Hong Kong expatriate Rick Masters, who passes time salvaging with his boat and spending “quality time” with Tisa (Alizia Gur), a hostess at The World of Suzie Wong Bar in downtown Hong Kong. During one of their trysts, fisherman Win Lim (Kam Tong) breaks in while under attack by thugs, leaving Rick to save him. Turns out the henchmen work for gangster Patrai (Fernando Lamas). The beat down occurred because a “gift from the sea” washed up on Win Lim’s tiny island, offering a chance of prosperity for its poor inhabitants. The contents of the “gift” was a half-million dollars worth of TNT, which Lim rightly claimed under the rules of international salvage. And now he needs someone to transport the explosives back to Hong Kong for a piece of the action, before Patrai kills everyone and takes the nitro for himself.

Kill A Dragon is strictly for anyone that appreciates the cliche conventions of low-budget 1960s action films.

A bit later in the American martial arts film lexicon – but still proving that Hollywood was not willing to throw top writers at the genre – was the 1974 film Golden Needles, a suspense story surrounding a priceless ancient Chinese statue that is pursued halfway across the world. The legend of the golden statue, which contains seven youth-restoring acupuncture needles, promises the owner health and incredible vigor – but can also deliver a painful death. Golden Needles featured an eclectic cast including Joe Don Baker, Elizabeth Ashley, Jim Kelly, Burgess Meredith, Roy Chiao and Frances Fong. The film was directed by Robert Clouse, famous for lensing Bruce Lee’s iconic martial arts epic Enter the Dragon.

As Golden Needles opens, patient Li Jen Ho has the procedure successfully applied to his body but doesn’t get to enjoy its rejuvenating effects for long, when flame-throwing attackers barge in, kill everyone, and steal the statue. An American fighter with a shady past named Dan (Joe Don Baker) is hired to bring the statue back to its rightful owner. In the process, he gets mixed up with other parties interested in getting their hands on the artifact including a double-crossing female (Elizabeth Ashley), and her criminal employers, along with agents working for the Chinese government.

Roy Chiao portrays a Hong Kong mobster with a large facial scar, who’s working for an eccentric American millionaire (Meredith) to get the statue. Jim Kelly doesn’t make an appearance until half through the film, playing one of Dan’s old associates, but only gives a few karate moves. 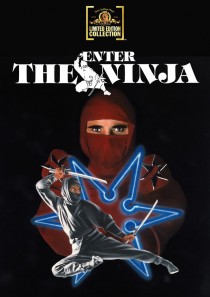 By the time the 1980s rolled in, martial arts was a solid part of pop culture and independent producers were more interested in finding the newest styles to thrill movie-goers. In 1981 Menahem Golan directed Enter The Ninja, an absorbing martial arts film that exposed everyday Americans to the art of Ninjutsu, the lethal “Art of Invisibility,” which includes the use of hypnotism and explosives, along with fighting skills. Enter The Ninja starred Franco Nero, sexy Susan George, and martial artist Sho Kosugi, who went on the star in a number of “ninja” films in the 80’s.

I have to admit my bias towards Enter the Ninja, because I watched this film in theaters in 1981, when it was first released. The movie poster has always stuck with me because I had never seen the ninja garb, and the film itself, while not the best martial arts film of the time, had a unique look and feel. Enter the Ninja was part of my formative years as a teen learning about film. But make no mistake, Enter the Ninja is not a good film. The filmmakers should have had Sho Kosugi do all of the martial arts and stunt work, but I guess he couldn’t fight himself. The acting is so-so, and there wasn’t enough of the lovely Susan George (visually). 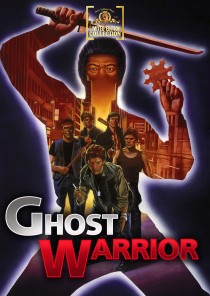 By the time Ghost Warrior came around in 1985, Shaw Brothers martial arts cult classics were being diced up and shown on Black Belt Theatre and Drive-In Movie television. Unfortunately, this gave Hollywood even less motivation to develop the genre on the big (or small).

In Ghost Warrior, two skiers exploring a cave find the body of a 400-year-old samurai warrior entombed in ice (Yes, you should already be worried). The samurai is brought to the United States in a secret operation and revived through “cryosurgery,” awakening to find a young and beautiful female expert in Japanese culture. Unfortunately, he is then forced to battle for his freedom, dignity and life. Ghost Warrior stars Hiroshi Fujioka, Janet Julian, Charles Lampkin, John Calvin and Frank Schuller, and was directed by J. Larry Carroll.

The production quality is extremely low budget with low-end equipment, even for the time, but if you can get past that, and the poorly created movie poster, Ghost Warrior is surprisingly watchable. 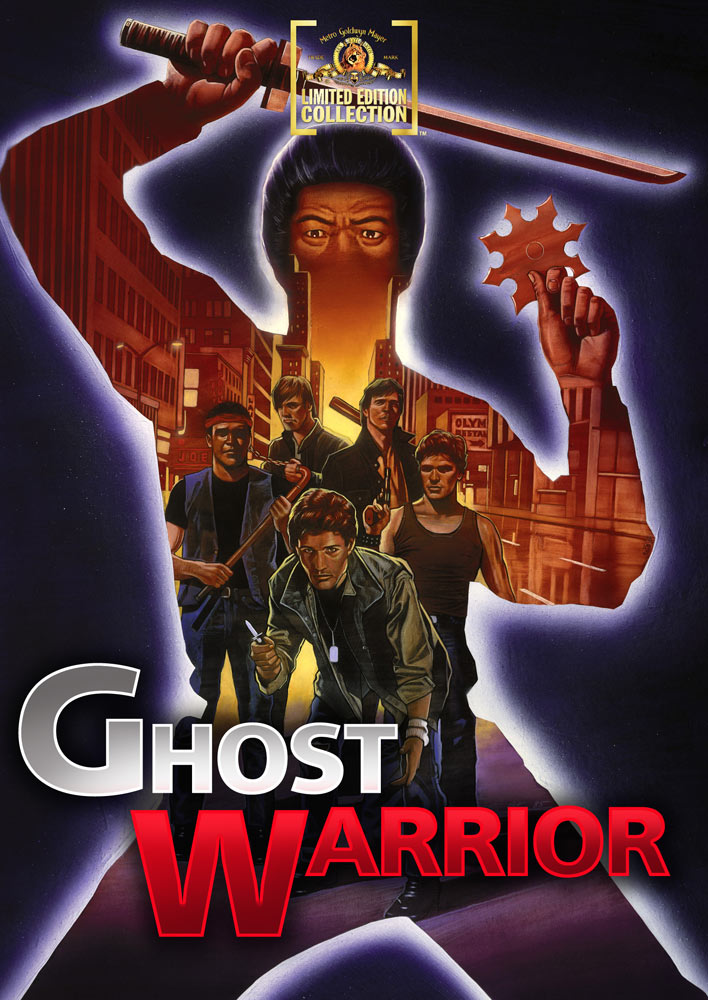 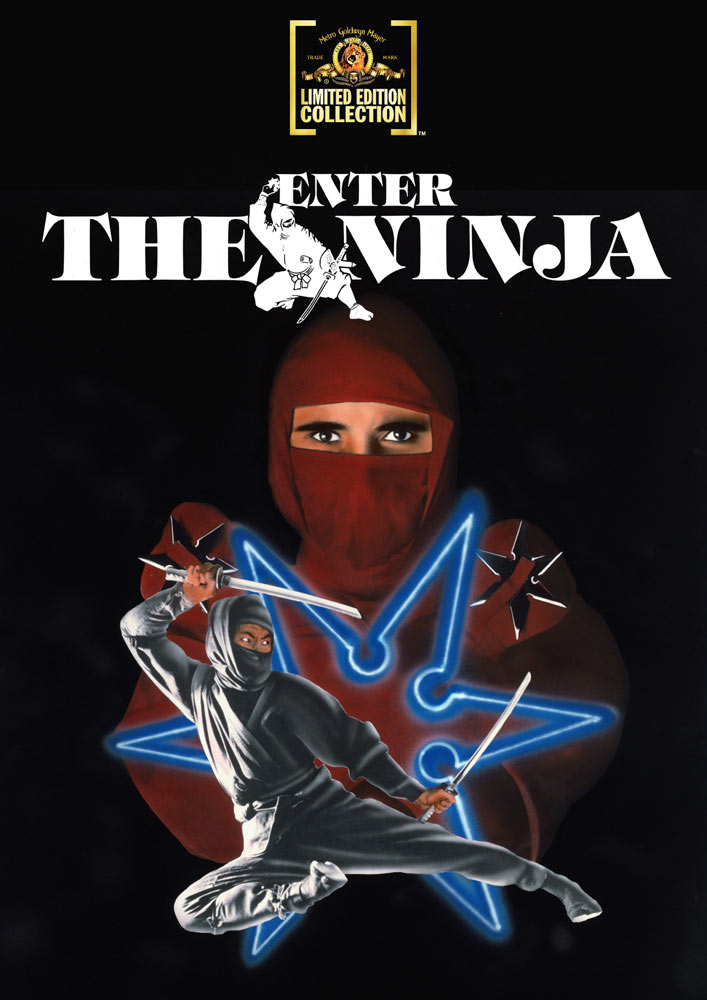 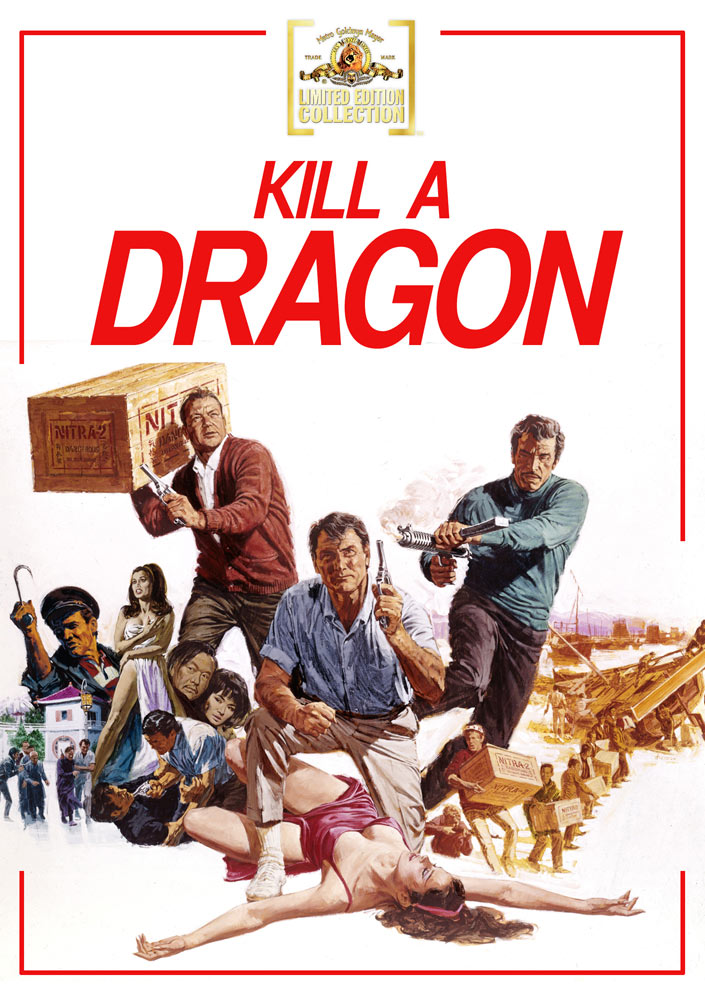