Maria Bello, who is currently kicking ass in NBC’s Prime Suspect, and Stephen Dorff, who’s about to go to war with the gods when Immortals hits theaters on November 11th, headline the Anchor Bay Films thriller Carjacked, premiering November 22nd on Blu-ray and DVD. Co-starring Joanna Cassidy (Blade Runner, Six Feet Under), Catherine Dent (The Shield, 21 Grams) and Gary Grubbs (JFK, Ray), Carjacked is described as an unforgettable ride into suspense and terror.

During a routine stop at a gas station, Lorraine (Bello), a vulnerable single mom, and her 5 year-old son (Connor Hill) are overtaken by Roy (Dorff), a vicious bank robber on the run. He forces her to drive to meet up with his accomplice who still has the take from their heist. Possibly facing not only her death, but her son’s, Lorraine’s fight for survival summons up an inner strength and courage that she never thought she had.

Bonus features on both the Blu-ray and DVD include a behind-the-scenes featurette.

Carjacked is produced by Daniel Grodnik (Powder, Bobby) and Eric Gozlan (Beautiful Boy) and directed by John Bonito, based on a script by Michael and Sherry Compton, who also are executive producers. Murray Rosenthal, Jonathan Rosenthal, Richard Iott and Michael Greenfield are also executive producers on the project.

Check out the box art for Carjacked below. 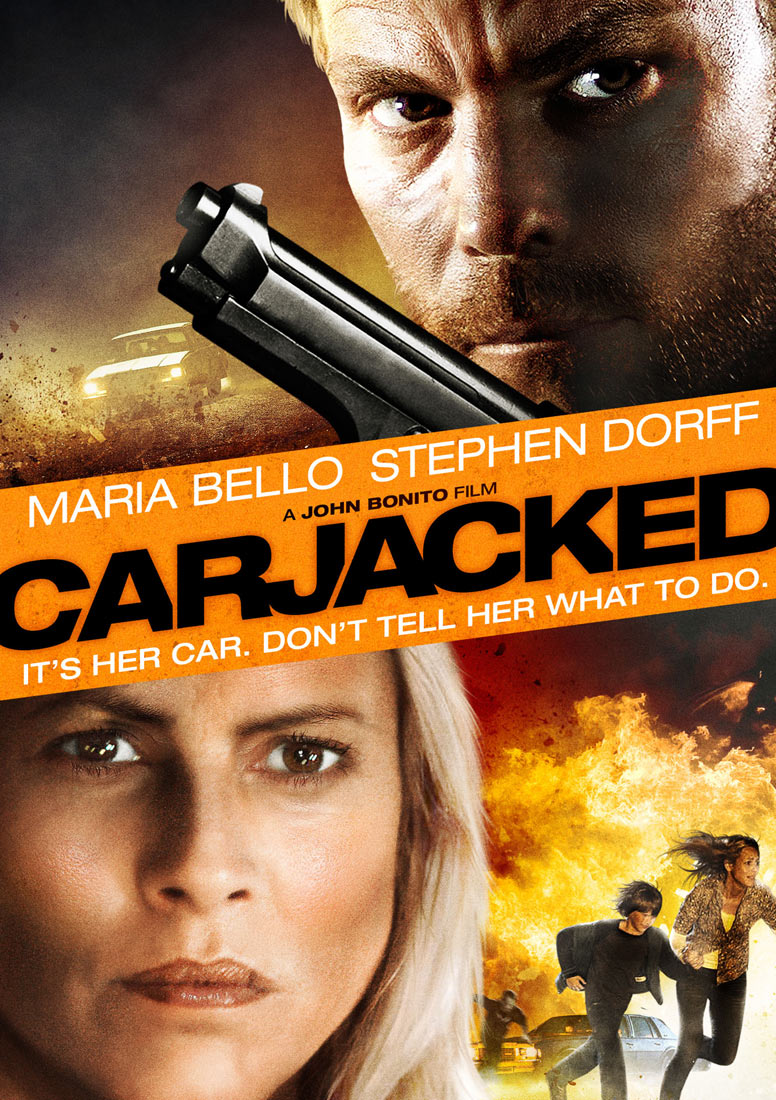