The Newark Black Film Festival (NBFF), which is celebrating its 37th Anniversary, opens in Newark on Wednesday, June 29th, with a six-week run ending on August 3rd, 2011. Youth Cinema will be held on Mondays at the Newark Public Library and at the Newark Museum on Wednesdays beginning July 6th. 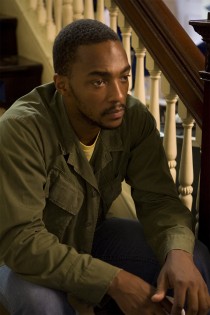 Night Catches Us begins after years of mysterious absence, when Marcus (Anthony Mackie) returns to the Philadelphia neighborhood where he came of age in the midst of the Black Power movement. While his arrival raises suspicion among his family and former neighbors, he finds acceptance from his old friend Patricia (Kerry Washington) and her daughter. In a sequence of events, Marcus must protect a secret that could shatter everyone’s beliefs. Night Catches Us writer and director Tanya Hamilton will be a guest speaker during the screening.

The Night Catches Us screening will take place on Wednesday, June 29th, starting at 7pm at The Newark Museum.

Find out more about The Newark Black Film Festival at newarkmuseum.org/nbffschedule.html.