This week saw the release of the psychological thriller My Son, My Son What Have Ye Done, featuring the first-ever collaboration between legendary filmmakers David Lynch and Werner Herzog, and a top-notch cast, including Academy Award Nominees Michael Shannon, Chloë Sevigny and Willem Dafoe. In celebration of the release, FilmFetish is giving away three copies of the DVD version of the film to readers.

In order to be entered into the random drawing for My Son, My Son What Have Ye Done, you must also:

I’ll be running the My Son, My Son What Have Ye Done contest through October 4, 2010.

More about My Son, My Son What Have Ye Done

My Son, My Son What Have Ye Done will be available on DVD September 14th. The extras include 5.1 Dolby sound, commentaries by Werner Herzog, writer Herb Golder and producer Eric Bassett; interviews with Golder and Herzog; plus behind-the-scenes footage. The bonuses include Plastic Bag, a short film by director Ramin Bahrani (Goodbye Solo) that traces the epic, existential journey of a plastic bag, voiced by Herzog.

My Son, My Son What Have Ye Done is loosely based on the mysterious true crime story of a young stage actor who, obsessed with a Greek tragedy he’s rehearsing, slays his own mother with a sword. Shannon stars a man terribly at odds with the world around him. His story emerges in a series of flashbacks that takes viewers on a journey that includes the Peruvian wilds, an ostrich farm, a Mexican border town and a quiet San Diego neighborhood where the drama unfolds. 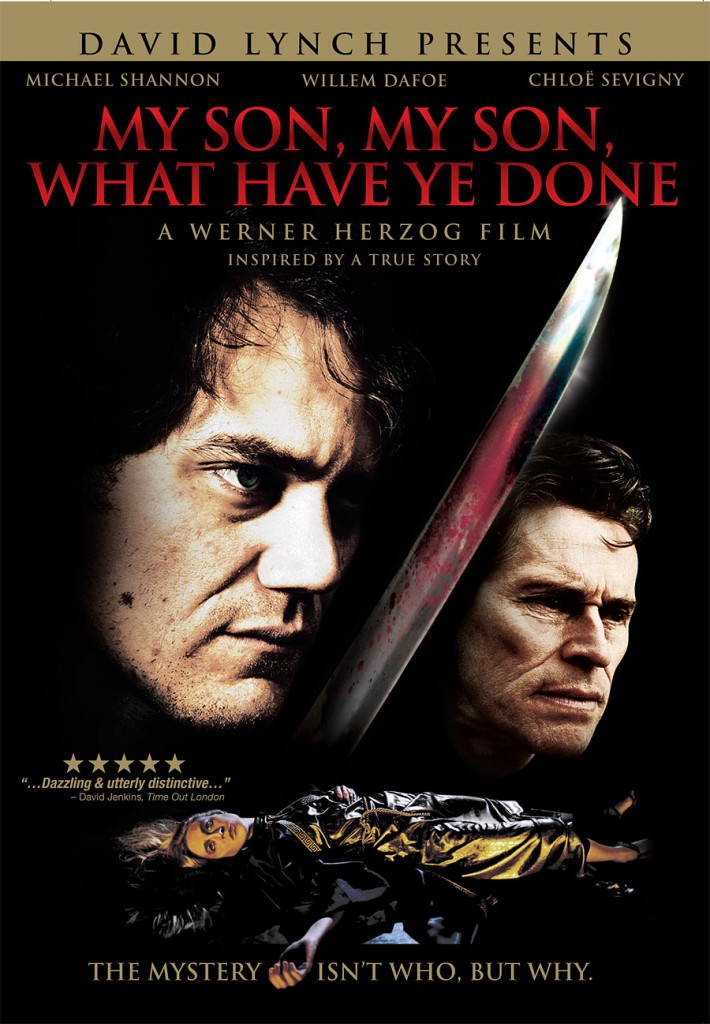