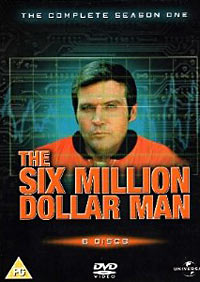 According to Wizard World, promoters of the event, Big Apple Con will mark the first convention appearance for Lee Majors in 30 years.

Majors is most famous for his role as Col. Steve Austin in The Six Million Dollar Man, which ran from 1974-1978, after a successful 1973 tele-film. He played an astronaut and test pilot who’s severely mutilated in a test plane crash, but rebuilt and equipped with nuclear powered bionic limbs and an eye implant – all making him “better…stronger…faster.”

The event also marks a first for the Bradys together at an East Coast Con, as well as a first for Adam West and Burt Ward together in New York in two decades.

The Penn Plaza Pavilion is located at 401 Seventh Avenue at 33rd Street, in the historic Hotel Pennsylvania.