Sony Pictures is previewing its action comedies The Other Guys and The Green Hornet in Hall H, in a separate presentation this year at San Diego Comic-Con 2010.

First on the massive Hall H stage will be The Other Guys – NYPD Detectives Christopher Danson and P.K. Highsmith (Dwayne Johnson and Samuel L. Jackson) are the baddest and most beloved cops in New York City. Two desks over and one back, sit Detectives Allen Gamble (Will Ferrell) and Terry Hoitz (Mark Wahlberg). You’ve seen them in the background of photos of Danson and Highsmith, out of focus and eyes closed. They’re not heroes, they’re “the Other Guys.” But every cop has his day and soon Gamble and Hoitz stumble into a seemingly innocuous case no other detective wants to touch that could turn into New York City’s biggest crime. It’s the opportunity of their lives, but do these guys have the right stuff? Will Ferrell, Mark Wahlberg, Eva Mendes, and co-writer/director Adam McKay will be appearing in person to discuss The Other Guys.

Next, director Michel Gondry, who makes movies with a special, personal signature, is taking on The Green Hornet, and he’s doing it in 3D.

In The Green Hornet, Britt Reid (Seth Rogen) is the son of L.A.’s most prominent and respected media magnate and perfectly happy to maintain a directionless existence on the party scene—until his father (Tom Wilkinson) mysteriously dies, leaving Britt his vast media empire. Striking an unlikely friendship with one of his father’s more industrious and inventive employees, Kato (Jay Chou), they see their chance to do something meaningful for the first time in their lives – fight crime. To get close to the criminals, they come up with the perfect cover: they’ll pose as criminals themselves. Protecting the law by breaking it, Britt becomes the vigilante The Green Hornet as he and Kato hit the streets.

Confirmed to appear in person to unveil this early look at The Green Hornet in 3D are the Hornet himself, Seth Rogen, director Michel Gondry, writer Evan Goldberg, producer Neal Moritz, and actor Christoph Waltz. 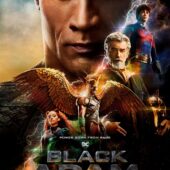