Just ahead of the free 3-D footage screenings of Avatar Day, Fox has released a flurry of new peeks at what’s in store when the sci-fi spectacular Avatar hits screens on December 18, 2009. Let’s get right to it. First bit of greatness from Avatar – Michelle Rodriguez posted the first image of herself from the film on her MySpace blog. She look’s seriously intense – and who wouldn’t be – fighting the nastiest beasts in the universe, on a planet where humans are mere visitors on. Rodriguez is currently shooting the other Rodriguez’ feature length Machete, where she’ll play Luz, and is in pre-production on the Jonathan Liebesman (The Texas Chainsaw Massacre: The Beginning) film Battle: Los Angeles, where she’ll play another tough-ass Marine.

Next bit of James Cameron Avatar amazingness, CLICK HERE to watch a French teaser trailer that will probably be part of tomorrow’s free IMAX presentation. I know it won’t make up for NOT being there, but hey, it’s something.

Apple originally posted the trailer in Quicktime beautifulness, but alas, that server is getting massive hits, and was last seen (or not seen) with a pure white screen. But CLICK HERE to give that a try too. Sure as fuck is worth the wait.

Finally, below are some additional images that Fox has released from the impending massively epic sci-fi. CLICK HERE to see that entire gallery, which includes the Rodriguez pic above. 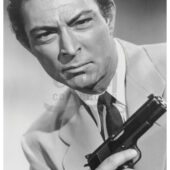