Christopher Heyerdahl, who plays Alastair on the hit TV series Supernatural, who turns to the big screen to portray Marcus in the much anticipated November 2009 release of The Twilight Saga: New Moon, is the latest guest to be confirmed for the Chicago Comic-Con in August.

Christopher’s appearance at the Chicago Comic-Con will be one of his first signing commitments.

You can advance order autographs at www.CelebrityAuthentics.com. This is strongly recommended. 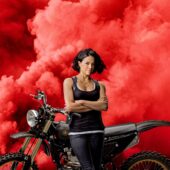