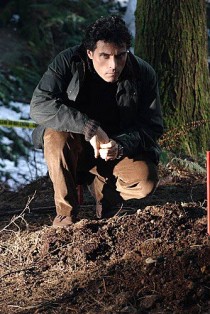 Film Fetish Trivia: According to WENN.com, Without A Trace star Anthony Lapaglia almost got a second chance to play Tony Soprano when Sopranos writers considered a film-within-a-tv show for the series’ final season. Originally, Lapaglia was one of the first actors considered to play Tony Soprano before the role went to James Gandolfini. In a recent interview with show creator David Chase for an upcoming final season DVD, Chase reveals that Lapaglia was considered again to star in a spin-off movie about Tony Soprano.

Film Fetish Trivia: Rufus Sewell, the British-born actor starring in the new series Eleventh Hour, is also going to be appearing in the feature film Vinyan, due out later this year. The Belgium horror follows a couple looking for their child that was lost in a tsunami, who end up in a jungle facing unknown but horrifying dangers.