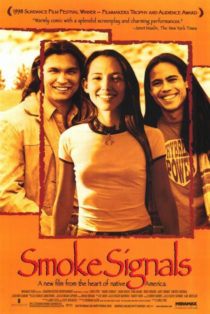 Variety has reported on the Tesuque Pueblo tribe of New Mexico, which recently re-opened a former gaming casino as a 75,000-square foot production facility, becoming the first movie studio to be owned by a Native American tribe. According to the report, the move comes amid a booming production growth in the state of New Mexico.

The idea to open a film studio began when the Tribe relocated their casino to another location and quickly realized the building could be repurposed as a studio facility. The effort officially took shape last fall, when Universal Pictures’ News of the World, starring Tom Hanks, filmed at the location.

The Pueblo of Tesuque Development Corporation has invested $50 million to build out and update the new facility, with amenities such as a backlot movie ranch that also features standing sets, shooting stages, 100 acres of open space and a 1,000 plus vehicle parking. News of the World also left behind a filming water tank, the only of its kind in the state.

Perhaps best known recently for productions such as AMC’s Breaking Bad, New Mexico has seen production grow to the point that Netflix has even made Albuquerque its U.S. production hub. The company has purchased Albuquerque Studios, the state’s largest soundstage complex, and has said it expected to spend $100 million every year on production in the state for the next 10 years. NBCUniversal has also announced plans to build a TV and film studio in Albuquerque, promising 330 full-time jobs and aiming for $500 million in direct production spending.

Timothy Brown, president and CEO of the Pueblo of Tesuque Development Corporation, said that he believed the studio could also create internships and mentorships for Native Americans, creating more opportunities for the members of the pueblo.

“I see it as a way that you give Native Americans the microphone,” he said. “You enable young native people to have the microphone and say, our stories are important and we have a studio that actually is owned by a tribe, and hopefully has the perspective that our stories are important too in that canvas of movies and TV. There’s an appetite for audiences to hear diverse stories and different types of stories.”