Cold Iron’s CEO Miranda Bailey and Amanda Marshall will produce God’s Country, along with Halee Bernard and Higgins. Anthony Ciardelli and The Film Arcade’s Jason Beck will serve as Executive Producers. ICM Partners is representing the film, which begins shooting this week in Montana.

A neo-Western thriller set in the bleak winter landscape of the Mountain West, God’s Country stars Newton as a college professor living on her own at the edge of the national forest. One day she confronts two hunters trespassing on her land, triggering a battle of wills with dangerous ramifications.

Screenwriter Shaye Ogbonna adapted the script with Higgins from an original short story “Winter Light” by James Lee Burke. Burke is The New York Times bestselling author of the Dave Robicheaux detective series, along with other novels. He has received two Edgar Awards and the Grand Master Award from the Mystery Writers of America, as well as a Guggenheim Fellowship for Creative Arts in Fiction and a nomination for the Pulitzer Prize. Burke’s fortieth novel will be released this year.

“Julian and Shaye’s radical new take on James Lee Burke’s story is a nuanced response to the times in which we live,” said Bailey. “We are thrilled to be working on this powerful film that puts Thandie’s remarkable acting talent front and center.”

Julian Higgins is a Los Angeles-based writer-director whose short films have screened at over a hundred festivals around the globe and won dozens of prizes, including the gold medal Student Academy Award® and two Student Emmy® awards for his AFI thesis film, Thief. His most recent short, Winter Light, was a top-ten finalist for the 2016 Academy Award® for Best Live Action Short. Higgins made his television directorial debut with one of the final episodes of “House,” and has since executive produced and directed Seasons 2 & 3 of the anthology drama series “Guidance,” streaming on Hulu. Higgins is represented by Good Fear Content.

Newton stars on HBO’s critically acclaimed series “Westworld” for which she won the 2019 Emmy Award for “Best Supporting Actress in a Drama Series,” and was nominated for back to back Golden Globe Awards as well as two SAG Awards. Additionally, she is well known for the Academy Award®-winning Best Picture, Crash, for which she received the BAFTA for “Best Actress in a Supporting Role” and a Screen Actors Guild Award for “Outstanding Performance by a Cast in a Motion Picture.” Newton starred as the title character in Jonathan Demme’s Beloved, opposite Tom Cruise in Mission Impossible 2, alongside Will Smith in The Pursuit of Happyness, as well as Chiwetel Ejiofor in Half a Yellow Sun. Other film credits include Ron Howard’s Solo: A Star Wars Story, Tyler Perry’s Good Deeds and For Colored Girls opposite Whoopi Goldberg, the Merchant-Ivory picture Jefferson In Paris, and Oliver Stone’s W. Newton will next be seen starring in Lisa Joy’s Reminiscene opposite Hugh Jackman for Warner Bros. She is represented by Untitled Entertainment, WME and Independent Talent Group. 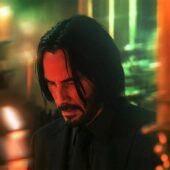