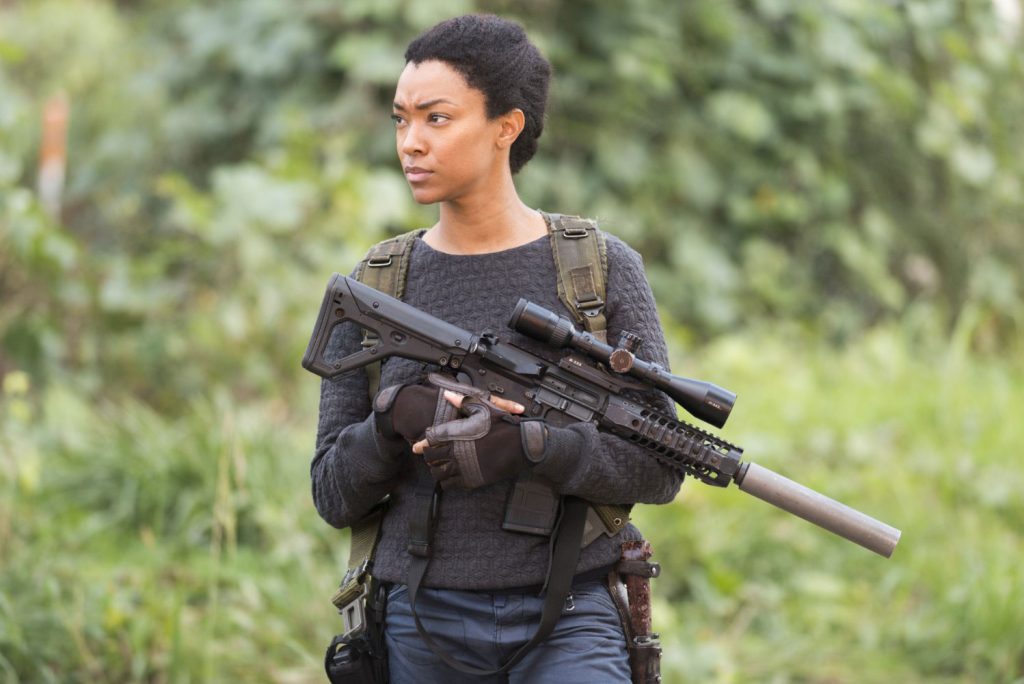 News came across the wire for Star Trek fans, from E Online. The first new Trek series in a decade, Star Trek: Discovery, has found its lead. The exciting news for us is that lead will be The Walking Dead’s Sonequa Martin-Green, badass sharp shooter on the hit AMC show.

According to EW, the casting ends a long search to find the ideal actress to anchor the new CBS All Access drama. Martin-Green will play a lieutenant commander on the Discovery. Martin-Green will also reportedly continue to serve as a series regular on AMC’s zombie drama, where she has played Sasha Williams since season 3.