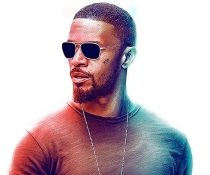 Sleepless stars Jamie Foxx as undercover Las Vegas police officer Vincent Downs, who is caught in a high stakes web of corrupt cops and the mob-controlled casino underground. When a heist goes wrong, a crew of homicidal gangsters kidnaps Downs’ teenage son. In one sleepless night he will have to rescue his son, evade an internal affairs investigation and bring the kidnappers to justice.

Sleepless, directed by Baran bo Odar, hits theaters on January 13th, 2017. Unfortunately, I’m thinking a lot of you haven’t watched the official trailer for the film. Well you have now. Check it out below.