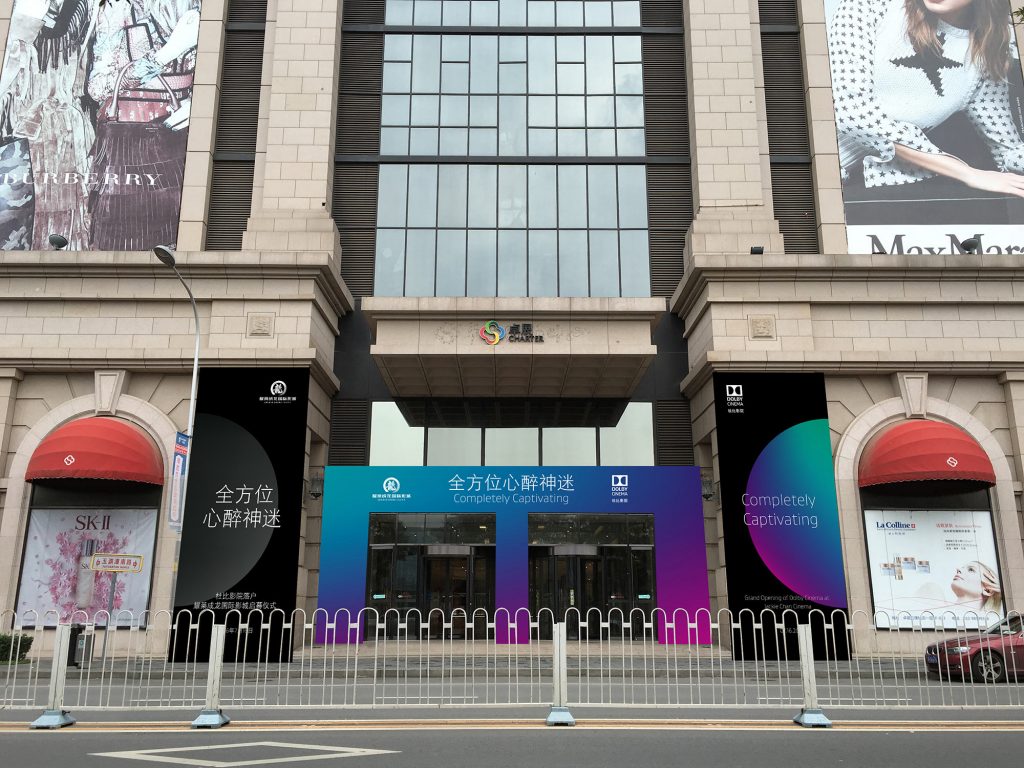 Jackie Chan Cinema, owned by Sparkle Roll and Dolby Laboratories, today announced the opening of Beijing’s first Dolby Cinema at Jackie Chan Cinema’s Beijing Wukesong site. There will be a grand opening ceremony today with a preview of the Warner Bros. Pictures film The Legend of Tarzan. Following the opening of its first site at Jackie Chan Cinema, Sparkle Roll plans to open 10 additional Dolby Cinema sites in China within the next two years. Dolby Cinema, featuring Dolby Vision and Dolby Atmos, is a premium cinema offering for exhibitors and moviegoers that combines spectacular image and sound technologies with inspired design. Following the release of the Legend of Tarzan, which will be released on July 19th, the Twentieth Century Fox title Ice Age: Collision Course will be released at Dolby Cinema in China on August 23rd.

Dolby Cinema features the Dolby Vision laser projection system, which uses state-of-the-art optics and image processing to deliver high dynamic range with enhanced color technology and a contrast ratio that far exceeds that of any other image technology on the market today. The result is a richer, more detailed viewing experience that delivers strikingly vivid and realistic images and makes viewers feel like they are in the movie’s world.

Dolby Cinema also includes Dolby Atmos sound technology, which moves audio around the theatre, even overhead, with richness and depth. The combination of Dolby technologies with the design and comfort of the Dolby Cinema makes audiences feel closer to the onscreen action.

Jackie Chan Cinema’s Beijing Wukesong site has 17 screens, including 14 standard screens, one Dolby Cinema screen, and two VIP screens. With a construction area of 15,000 square meters, these 17 screens accommodate approximately 3,500 seats. Since its official opening in 2010, the cinema site has attracted more than one million moviegoers within six months. It set a domestic audience record in 2013. In 2014, it became the only cinema to achieve a box office gross of RMB 100 million in China, with attendance of up to 2.7 million. As China’s largest Jackie Chan-themed cinema, elements of the action superstar can be seen across the cinema, including 3D displays of Chan’s classic movie scenes, props, posters and statues. Every screen in the cinema is equipped with above five-star standard acoustic and audio equipment, with spacious, luxurious aero seats that offer more leg room. The cinema hopes to provide its audiences with the most comfortable world-class experience, delivering a captivating cinematic event complete with dramatic visuals and unprecedented sound.

Dolby Cinema includes award-winning technologies Dolby Vision and Dolby Atmos. Dolby Vision is a state-of-the-art authoring and playback imaging technology that enables the cinema to bring the story alive onscreen. In 2015, the Dolby Vision laser projector received an engineering excellence award from the Hollywood Post Alliance. Outfitted with Dolby Atmos, a Dolby Cinema transports audiences into the movie with breathtakingly real sound that fills the cinema and flows all around them. Dolby Atmos has received technical achievement awards from both the Hollywood Post Alliance and the Cinema Audio Society.

When these technologies are combined with the sophisticated Dolby Cinema design, everything comes together to pull moviegoers more deeply into the story and transform their visit into an event. In just over a year, more than 200 Dolby Cinema sites have been installed or committed to across the globe, with 43 titles released or announced.