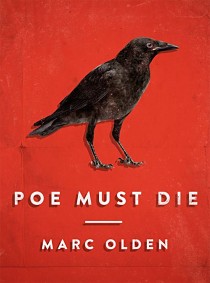 Published in 1978, Poe Must Die is set in New York City in the 1840s, centering on Edgar Allan Poe fighting demonic forces and his own personal demons (the iconic writer had a major drinking problem) while teaming with a famous bare-knuckle fighter pursuing a sorcerer – a satanist threatening the entire planet – who murdered the fighter’s wife. The sorcerer is seeking the Throne of Solomon, which will grant him immortality and control over Lucifer.

Elba will produce and star in Jim O’Hanlon’s drama A Hundred Streets with Gemma Arterton, Samantha Banks, Ken Stott, Charlie Creed-Miles, Tom Cullen and Steve Mackintosh. The British actor will also be seen in Marvel-Disney’s The Avengers: Age of Ultron and will voice Shere Khan in Disney’s The Jungle Book.