From the director of You’re Next and featuring what’s being described as a standout, badass performance from Downton Abbey’s Dan Stevens, comes The Guest: a tense, action-packed and unpredictable film like everything and nothing you’ve ever seen before. Empire Magazine called it “a demented action-horror hybrid of sci-fi conspiracy thriller and gore-fest”, and Vanity Fair said, “The Guest is big, it’s bold, it’s badass, full of flavor Hollywood wishes it could pour over its vanilla blockbusters.”

The Guest centers on a soldier (Dan Stevens), who introduces himself to the Peterson family, claiming to be a friend of their son who died in action. After the young man is welcomed into their home, a series of accidental deaths seem to be connected to his presence.

Check out the teaser trailer for The Guest, below. 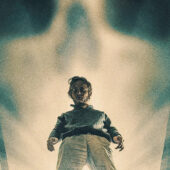