To celebrate the release of Drug War to home video, Film Fetish is giving away 3 copies of the action thriller to readers. In order to win a copy:

“LIKE” this posting using the Facebook button above the text ON THIS PAGE, PLUS make sure you’ve “LIKED” our Facebook page at Facebook.com/filmfetish. Lastly, post the names of your 3 favorite movies with an illegal drugs storyline on our Facebook Timeline and make sure to mention “I just entered the Drug War Blu-ray Contest @filmfetish #filmfetish” in your post. Your entries will not be accepted if you do not follow these instructions and please note that we check profiles to assure fairness. So please do not create multiple profiles or “contest” profiles in order to enter.

From Johnnie To (Life Without Principle, Election), master of the Hong Kong crime thriller, comes the critically-acclaimed, action-packed drama Drug War, debuting on Digital, Blu-ray and DVD October 15th from Well Go USA Entertainment. Cars are crashed, bullets fly, blood spurts, bodies splatter and cocaine is snorted in this high-velocity tale of a drug cartel boss who, after being arrested in a raid, is coerced into betraying his former accomplices as part of an undercover operation. Drug War stars Louis Koo (Triple Tap, Accident), Sun Honglei (A Woman, a Gun and a Noodle Shop), Michelle Ye (Motorway, Once a Gangster), Huang Yi (Legendary, Romancing in Thin Air), Wallace Chung (Forever Young), and Li Guangjie (Motorway, Romancing in Thin Air).

Manufacturing just 50 grams of meth in China will earn you a death sentence. Timmy Choi (Louis Koo) just got caught making tons. Now he’s in the custody of Captain Zhang (Sun Honglei), and has one chance to avoid execution – turn informant and help the cops bring down the powerful cartel he’s been cooking for. Over the next 72 sleepless hours, the sting spins out of control, the line between duty and recklessness is blurred, and it becomes unclear who actually has the upper hand.

Bonus materials on the Drug War disc include the original trailer. 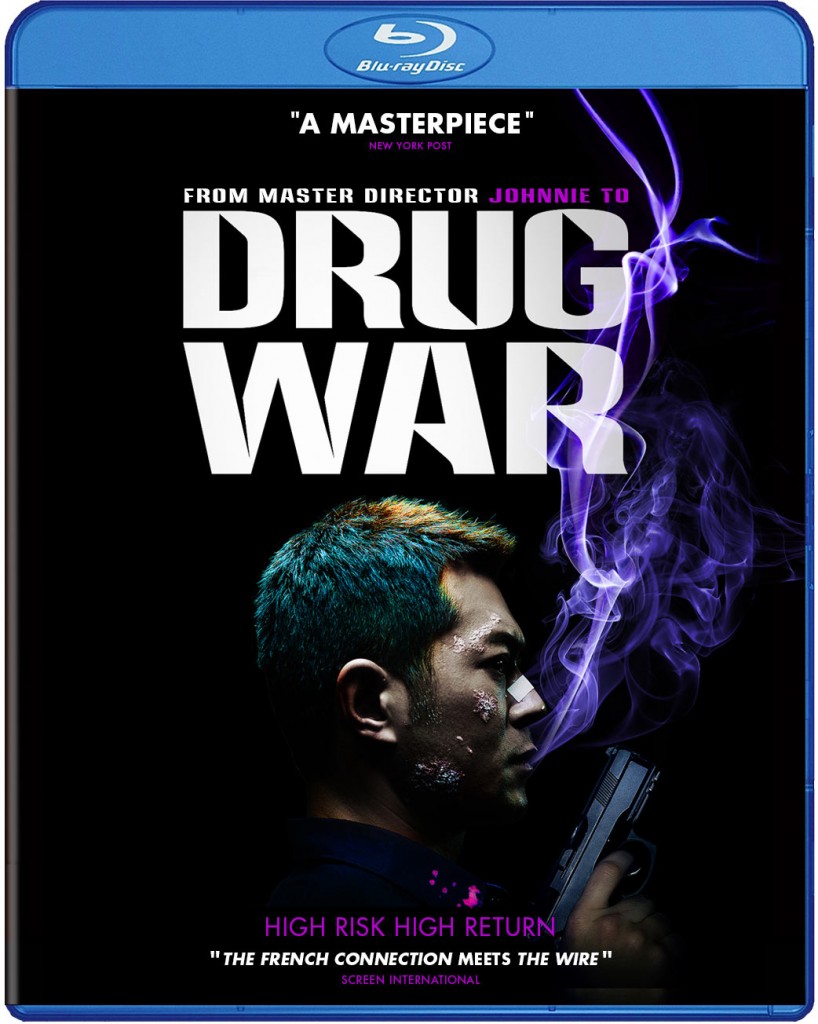