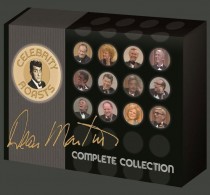 In order to have a chance to win a free copy of The Dean Martin Celebrity Roasts Collection on DVD:

“Like” this posting using the Facebook button above the text, PLUS make sure you’ve “Liked” our Facebook page at Facebook.com/filmfetish. Lastly, post the names of 3 of your favorite classic TV Shows of all time on our Facebook Timeline and make sure to mention “I just entered The Dean Martin Roasts DVD Set Contest @filmfetish” in your post. Your entries will not be accepted if you do not follow these instructions and please note that we check profiles to assure fairness. So please do not create multiple profiles or “contest” profiles in order to enter.

Long before Comedy Central began generating ratings and headlines with their over-the-top roasts, one entertainment icon was pioneering the format with “The Dean Martin Show.” In 1973, the 10-year-old NBC variety show retooled in its final season and introduced a new feature: the “Man of the Week Celebrity Roast.” Patterned after the roasts held at New York City’s famous Friars Club, Dean Martin’s Roasts quickly became a favorite with television audiences and eventually evolved to become a network series, “The Dean Martin Celebrity Roasts.” And beginning with a skewering of comedy legend Bob Hope on October 31, 1974, the program would go on to become a fixture on NBC for the next 11 years.

The Dean Martin Celebrity Roasts: Complete Collection follows StarVista Entertainment/Time Life’s best-selling releases of “The Dean Martin Variety Show” and marks the first time that most of these classics from the Golden Age of TV will be released on DVD in a single collection. Featuring all 54 roasts from both “The Dean Martin Show” and “The Dean Martin Celebrity Roasts,” the program’s notable roastees included many of the 20th century’s most accomplished performers and athletes, politicians and personalities (complete list below), including: Bob Hope, Frank Sinatra, Johnny Carson, Sammy Davis Jr., Jack Benny, Lucille Ball, Jackie Gleason, George Burns, Don Rickles, Kirk Douglas, Danny Thomas, Gabe Kaplan, Hank Aaron, Wilt Chamberlin, Joe Namath, Muhammad Ali, Ronald Reagan and Dean Martin himself. Among the hilarious highlights you’ll see is Rich Little recounting how he “taught” Jimmy Stewart how to do an imitation of Jimmy Stewart, Ruth Buzzi telling the story of her great battle with Muhammad Ali, and Tim Conway on whether or not Don Rickles was ever hit or jailed due to his material.

Offered by StarVista Entertainment/Time Life exclusively online this summer, the set is available for pre-order at DeanRoasts.com, rolling out nationally to retail in the fall. 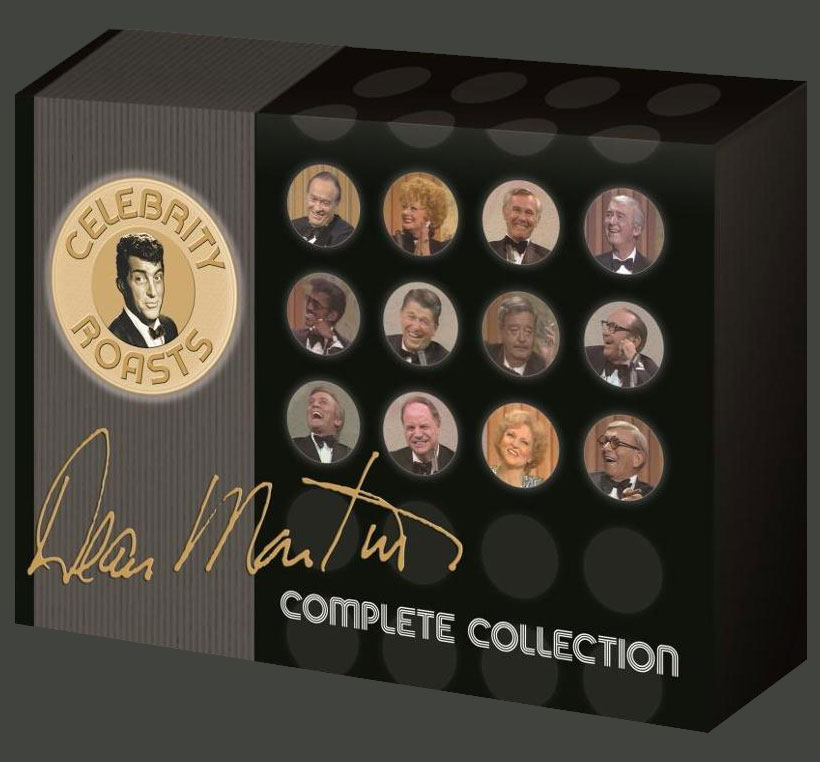