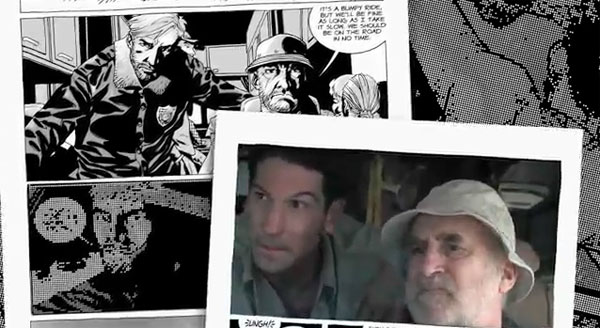 Anchor Bay Entertainment will release the AMC original series The Walking Dead: The Complete Second Season on August 28th on Blu-ray and DVD. A truly unique and very limited edition zombie head case created and designed by McFarlane Toys will also be available exclusively in Blu-ray. The 4-Disc sets will contain all 13 episodes of the second season and will be loaded with exclusive behind-the-scenes footage, featurettes and audio commentaries.

The Walking Dead: The Complete Second Season is the much anticipated next chapter to the acclaimed post zombie apocalypse series. When we last left the The Walking Dead, the characters were in the midst of a high-intensity struggle to survive, fleeing the CDC as it burst into flames. In Season 2, they are still fighting zombies – and each other – facing more threats and obstacles than ever before.

Based on the hugely successful and popular comic books written by Robert Kirkman, AMC’s The Walking Dead captures the ongoing human drama after a zombie apocalypse. The series follows a group of survivors, led by police officer Rick Grimes, played by Andrew Lincoln, who are traveling in search of a safe and secure home. However, instead of the zombies, it’s the living who still remain that may be the biggest threat.

Check out The Walking Dead clip, which starts its third season in October on AMC, below.