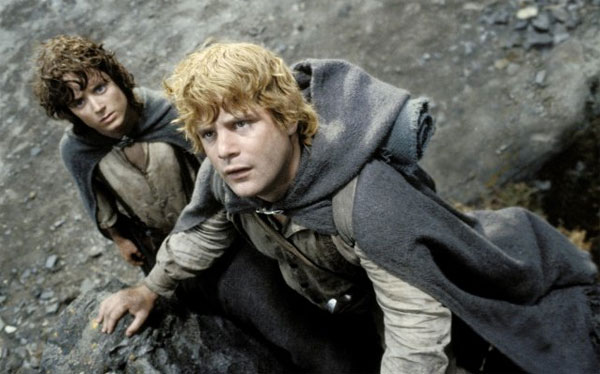 New York Comic-Con organizers recently announced their first major guests for the 2012 edition of the show. Lord of the Rings actor Sean Astin will be a guest at the show, appearing from Friday, October 12th through Sunday, October 14th. Sean Astin joins recently announced TV personality and Monster Hunter Josh Gates as an entertainment guest at this year’s event, which features top artists and creators from the world of comics, and is slowly becoming a showcase for celebrities from film, television, books and music.

Sean Astin will be promoting his new projects, including the Fall 2012 Nickelodeon relaunch of the Teenage Mutant Ninja Turtles as a new animated series, where Astin will be voicing the red-masked Raphael. Astin, of course, is also well remembered for roles such as the loyal Samwise Gamgee in the universally acclaimed Lord of the Rings trilogy, Mikey in the 1980’s classic The Goonies, and American working class hero in Rudy. The actor will be signing autographs for fans as well as doing a Q & A panel during the Con.

New York Comic-Con, which attracted over 100.000 fans last year, is one of the largest annual conventions to take place in New York City. This year’s event will take place from October 11 – 14, 2012 at the Jacob K. Javits Center.

“We look for guests who span the artistic universe and who contribute to the growth and evolution of pop culture in its many forms,” said Show Manager Lance Fensterman. “Sean Astin is a great actor who is solidly established in the pop culture world yet extremely well respected for his roles in some legendary movies. He has a huge following and we are pleased to be providing this opportunity for thousands of fans to meet him in person.”

Sean Astin was “Mikey” who helped find pirate treasure in the 1980’s popular classic The Goonies. He’s remembered as loyal Samwise Gamgee in the universally acclaimed Lord of the Rings trilogy and is singularly identified with the story of an American working class hero, Rudy.

He has appeared on the TV shows 24, Law & Order, My Name Is Earl, Monk and NCIS, among others. He starred as Harrison Bergeron in Kurt Vonnegut’s adapted story of the same name and became “Two-Flower” in Sky Television’s adaptation of Terry Prachett’s fantasy/satire epic The Color of Magic. Sci-Fi fans praise his Mr. Smith in Showtime’s series Jeremiah.

Tickets for New York Comic-Con 2012 are currently available at newyorkcomiccon.com.