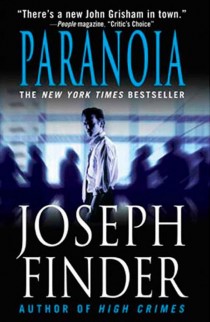 In this high-stakes thriller, Adam Cassidy (Liam Hemsworth) is a charming, blue collar guy trying to get ahead in his entry-level job at Wyatt Telecom. But after one costly and illegal mistake, Adam is confronted by ruthless CEO Nicholas Wyatt. He won’t turn Adam in under one condition: Adam must agree to infiltrate the competition as a corporate spy. Adam soon finds himself packaged for success, surrounded by glamorous boardrooms, expensive cars, and a life he only dreamed of. But behind the scenes, Wyatt is pulling the strings – stopping at nothing, even murder, to win a multi-billion dollar advantage. Realizing he’s nothing more than a pawn in his boss’s ruthless game, Adam’s only way out – is to get in even deeper.

Paranoia was written by Jason Dean Hall (Spread) from a previous draft by Barry Levy (Vantage Point), and is based on the novel of the same name by Joseph Finder.

Looking ahead, the studio will release the edge-of-your seat thriller House at the End of the Street in theatres September 21st, and the comedy 21 and Over on November 2nd, 2012. Relativity is currently in production on Scott Cooper’s gritty dramatic thriller Out of the Furnace and is in pre-production on the film adaptation of Nicholas Sparks’ best-selling Safe Haven, which will be released in theaters on February 8, 2013). 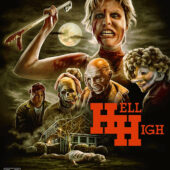