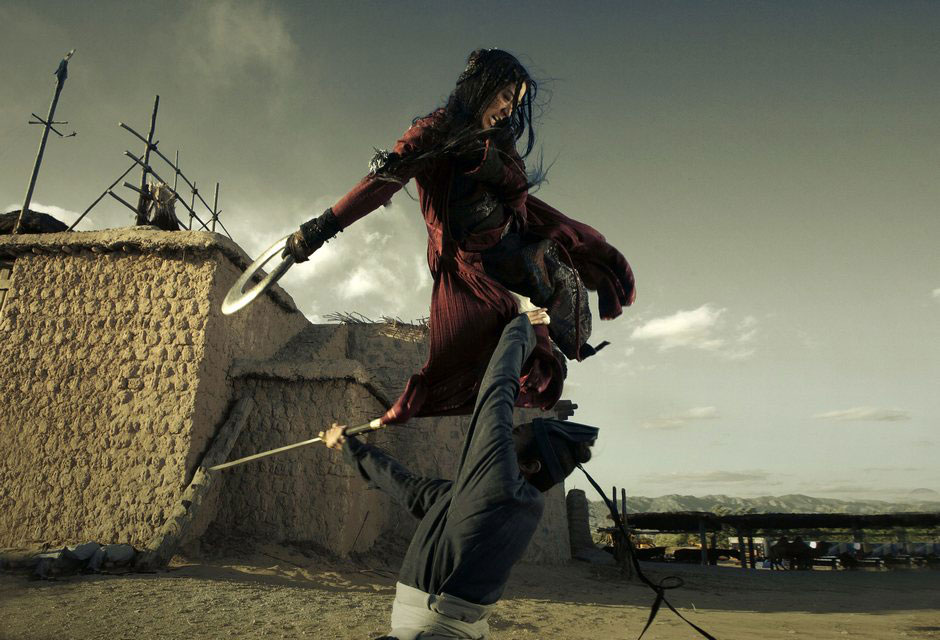 “We’re delighted to be working again with Bona and Tsui Hark and to release their newest film, Flying Swords of Dragon Gate,” said Indomina Group’s Jasbinder Singh Mann. “It’s an ideal fit for Indomina – just as IMAX is the ideal movie-going experience for the film. Audiences are in for a real treat when they see this Chinese martial arts masterpiece on the IMAX screen.”

“We are honored that IMAX is a platform to showcase the best in locally-produced Chinese films to audiences around the world,” said IMAX Chairman Greg Foster. “Together with The Indomina Group and Bona Film Group, we are offering North American fans of Chinese martial arts films this rare opportunity to experience one of the biggest Chinese blockbusters of all time in the most immersive format available – IMAX.”

Since the film’s December release in China, Flying Swords of Dragon Gate has earned approximately $86.5 million at the box office, of which approximately $10.6 million was generated in 61 digital IMAX theatres across China. The film set a new record for a Chinese-produced movie released in the IMAX format and became the fourth-highest grossing IMAX DMR title in China behind Avatar, Transformers: Dark of the Moon and Titanic 3D. The film also won five awards at the 31st Hong Kong Film Awards held on April 15th, including Best Action Choreography, Art Direction, Editing, Visual Effects and Sound Effects.

Flying Swords of Dragon Gate: An IMAX 3D Experience is digitally re-mastered into the image and sound quality of The IMAX Experience® with proprietary IMAX DMR (Digital Re-mastering) technology for presentation in IMAX 3D. The crystal-clear images, coupled with IMAX’s customized theatre geometry and powerful digital audio, create a unique immersive environment that will make audiences feel as if they are in the movie.

In the film Flying Swords of Dragon Gate, Zhao Huai’an, a Ming Dynasty general played by Jet Li, finds himself at odds with Yu Huatian (Aloys Chen Kun), an evil, power-hungry eunuch. Eventually, these two adversaries cross paths with Ling Yanqiu (Zhou Xun) at the titular Dragon Gate Inn, a remote outpost in the desert at the very frontier of the kingdom.