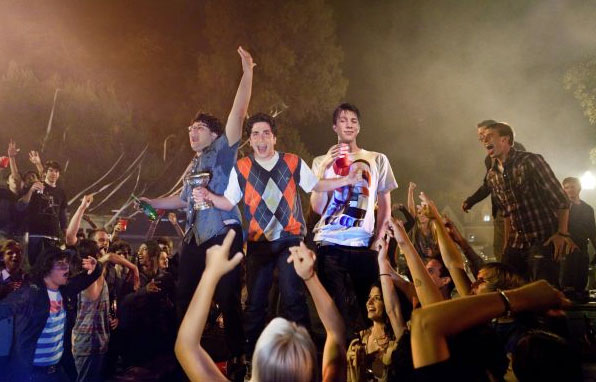 Michael Bacall, who co-wrote the screenplay for Project X from his own original story, and also wired on the 21 Jump Street script, is prepping a treatment for a sequel to the party movie, according to THR. Warner Bros. is backing the sequel to Project X, the raucous teen movie that opened to with strong $21 million haul last weekend.

Whether Bacall’s treatment will carry over to script stage will depend on the original film’s producers, Todd Phillips and Joel Silver. The young writer apparently began work on the treatment several weeks before the movie opened.

Project X, directed by Nima Nourizadeh, revolves around three losers, played by Thomas Mann, Oliver Cooper and Jonathan Brown, who throw a party in a bid to boost their profiles. The shindig quickly gets out of hand, resulting in unchecked debauchery, a suburban neighborhood under fire, and a showdown with police.

It’s unclear whether the actors would return for a sequel but it would seem likely. Warner Bros. didn’t sequel deals in place for the stars of The Hangover and was forced to pay top dollar when it moved ahead with that sequel.