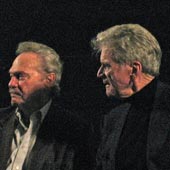 On February 18th at the Grauman’s Egyptian theater on Hollywood Boulevard, there was a showing of the five original Planet of the Apes films. Not only were the films shown in their original uncut form but all were also digitally remastered from exquisite prints.

Overall it was a fun event and the viewing quality of the films was great. I must admit I was not able to last through the entire marathon and at the end of Escape from the Planet of the Apes at six and a half hours I made my departure. Of course this also had to do with testing my patience as each film becomes less entertaining. I don’t think I’m saying anything that most viewers and fans wouldn’t agree upon.

For those not familiar, the Egyptian is the sister theater to the more famous Grauman’s Chinese theater where the footprints of the stars reside in the courtyard. If you get a chance to visit Hollywood I highly recommend seeing a film in this theater as it recently received a 15 million dollar renovation. It’s one of those grand theaters that makes it worthwhile to go and spend the money to see landmark films from yesteryear. The American Cinematheque which runs the theater has great programming Thursday through Sundays.