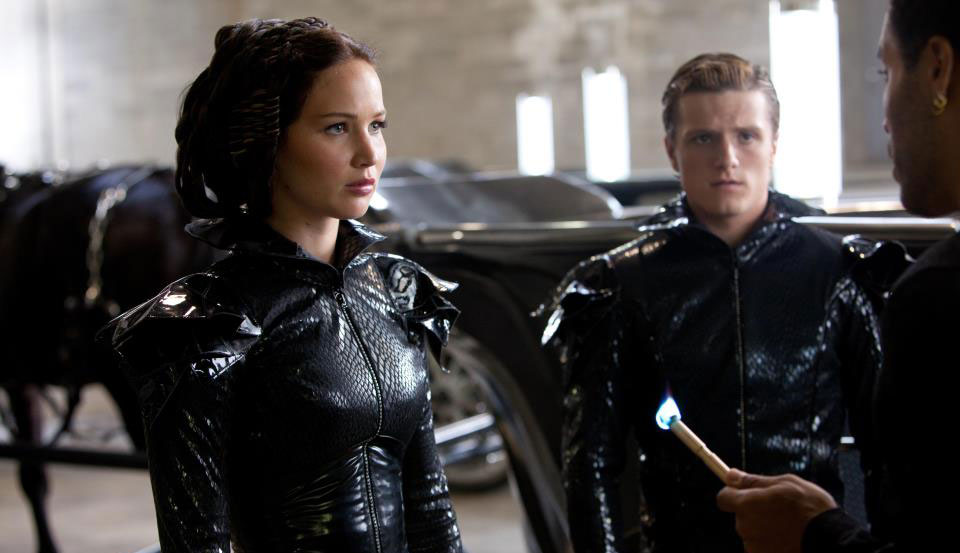 With 50 days to go until audiences everywhere are able to see The Hunger Games in theaters, Lionsgate is celebrating the impending release of the film with ticket giveaways across 50 websites, the launch of a new movie trailer, and several news announcements surrounding the movie.

As of 10:00 AM PST today, February 2, 2012, fans can search for #HungerGames50 on Twitter to be find the 50 websites participating in the ticket give-away for the World Premiere of the film, which will take place at LA’s Nokia Theater in the LA Live complex on Monday, March 12th. The digital campaign follows those for #HungerGames100 and #HungerGames74, which marked milestones in the campaign with similar interactive fan activities. Each became worldwide trending topics on Twitter within moments of its launch.

A new trailer for the film was also debuted today at Yahoo Movies. Fans can be the first to see that trailer, before it airs this Sunday, February 5th during the Superbowl pre-game show.

Lionsgate and IMAX also announced today that The Hunger Games will be shown for a one week exclusive engagement in IMAX theaters, day and date with its wide theatrical release on March 23, 2012.

In The Hunger Games, every year in the ruins of what was once North America, the evil Capitol of the nation of Panem forces each of its twelve districts to send a teenage boy and girl to compete in the Hunger Games. A twisted punishment for a past uprising and an ongoing government intimidation tactic, The Hunger Games are a nationally televised event in which “Tributes” must fight with one another until one survivor remains. The adaptation is directed by Gary Ross, and produced by Nina Jacobson’s Color Force in tandem with producer Jon Kilik. Suzanne Collins’ best-selling novel, the first in a trilogy published by Scholastic that has over 23.5 million copies in print in the United States alone, has developed a massive global following.

Lionsgate will release The Hunger Games on March 23, 2012.

Check out The Hunger Games Super Bowl spot, below.