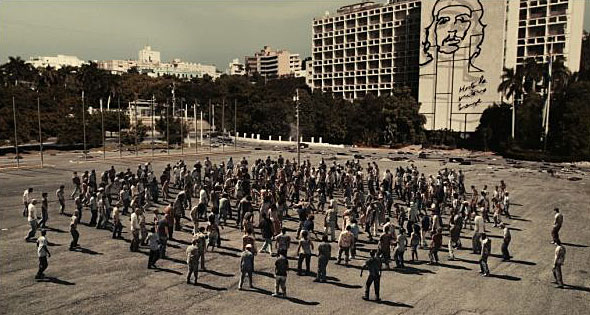 Outsider Pictures has announced that the company will the international hit Juan of The Dead, from Guadalajara-based distribution company Latinofusion, for theatrical distribution in the US.

The deal was announced during an industry gala celebrating the 29th Annual Miami International Film Festival (MIFF), which is presented by Miami Dade College. Juan of the Dead will screen as part of MIFF’s Gala series at the upcoming Festival, running from March 2 – 11, 2012. Director Alejandro Brugués, actor Alexis Díaz de Villegas, and Outsider Pictures and Latinofusion executives are scheduled to attend the screening.

Focus World, the unique digital distribution initiative owned and operated by Focus Features, will release the movie later in 2012 to EST, iVOD and VOD, along with DVD and other formats.

The zombie comedy Juan of The Dead starts after zombies take over Havana, leaving Juan (Díaz de Villegas) and his friends no choice but to try and conquer the marauding undead, reported by the government as being unruly Americans continuing their quest to undermine the regime. Part comedy and part political allegory, Alejandro Brugués’ second feature was co-produced with Spain’s La Zanfoña Producciones. Brugués’ first feature, Personal Belongings, was featured in MIFF’s Ibero-American competition in 2008.

Outsider Pictures will open the film theatrically in Miami soon after the Festival, in an exclusive engagement at the Tower Theater.

Check out the first trailer for Juan of The Dead, below.