A stylish, twist-filled film noir, The Square centers on an adulterous couple whose scheming leads to arson, blackmail and murder. Escaping the monotony of a loveless marriage, Raymond becomes entangled in an affair with the beautiful and troubled Carla. Ray’s moral limits are tested when Carla presents him with the proceeds of her controlling husband’s latest crime. This is their chance: Take the money and run. If only it were that simple…

The seed is planted and Ray, fearing he will lose his love, engineers the plan. Hiring a professional arsonist becomes a fatal error, and the plan goes horribly wrong. Alarm bells sound and suspicions are raised, but miraculously, the dust looks to settle. After all…Nobody knows. Then the first blackmail note arrives. The couple’s nerves are tested as both Carla’s husband and the mystery author threaten to throw open their secret. With the blackmailer’s deadline approaching they are going to find out just how far they are willing to go for love.

The Square is the first feature film from Australian stuntman-turned-director Nash Edgerton and his brother Joel, who co-wrote and stars in the film. Joel Edgerton recently starred in A Streetcar Named Desire opposite Cate Blanchett in Sydney and at BAM in New York City and is currently in production on The Thing, a prequel to John Carpenter’s 1982 cult classic sci-fi thriller. Nash Edgerton recently coordinated the stunts for Sofia Coppola’s upcoming Somewhere and James Mangold’s upcoming Knight and Day starring Tom Cruise and Cameron Diaz.

The Square opens in New York and Los Angeles on April 9th, and is scheduled to go nationwide some time in May.

The Square will be preceded in theaters by director Nash Edgerton’s short film, Spider. 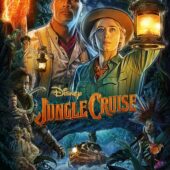