According to Sci-Fi Wire, The Road, the long-delayed film adaptation of Cormac McCarthy’s Pulitzer-winning post-apocalyptic sci-fi novel, has been bumped again, this time to November 25th from its previous October 16th release spot, Dimension Films announced.

No reason was given for the move of the John Hillcoat film, which stars Viggo Mortensen and Charlize Theron, but the move takes The Road out of competition with The Stepfather and Where the Wild Things Are and puts it in the mix with a crowded Thanksgiving weekend opposite The Fantastic Mr. Fox, Nine, Ninja Assassin and Old Dogs.

The Road is the tale of a journey taken by a father and his young son across a barren landscape that has destroyed by an unnamed cataclysm that’s wiped out most of civilization and life on Earth. 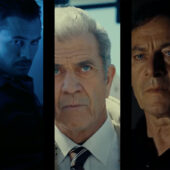