Departures centers on Daigo (Masahiro Motoki), a cellist who becomes jobless when his symphony orchestra in Tokyo disbands. Giving up his dream of being a performer, Daigo moves back to his close-knit home town with wife Mika (Ryoko Hirosue) to reevaluate his life while staying in his late mother’s home. After answering a help wanted ad with hopes of an exciting job in tourism, he instead finds himself offered a position at a company specializing in “encoffinments,” the ancient Japanese art of preparing a corpse for cremation in front of the bereaved. Sasaki (Tsutomu Yamazaki), the surly sage of an owner, convinces Daigo to take the job after dangling a large salary in front of him. In spite of the strange prospect of bathing, dressing and grooming the dead, along with fearing the reactions of his wife and the outside world, Daigo discovers a renewed joy for living through learning to care for the grieving and the deceased and unwittingly begins a journey of reconciliation with his past. The comically caustic Sasaki serves as Daigo’s anchor and stalwart advisor, passing the knowledge of a time-honored tradition to a new generation along with respect for the unifying finality of departure.

Over a career spanning more than two decades, writer-director Yojiro Takita has perfected the art of blending comedy with complex subject matter, earning him Japan Academy Prize Awards for Best Director and Best Film. Takita’s big-screen debut was the controversial and darkly comedic Comic Magazine followed by The Yen Family and The Tropical People. Most recently he has focused on epic fantasy films like Ashura, When the Last Sword is Drawn, Onmyoji: The Yin Yang Master and Onmyoji 2. Yamazaki, who is best known in the U.S. for his lead role in Tampopo, is the perfect foil to Japanese heartthrob Motoki, who recently won Best Actor at the 2009 Asian Film Awards for his role in Departures.

Find out more about the film at its official website www.departures-themovie.com. 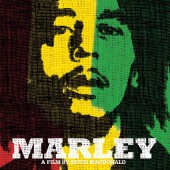